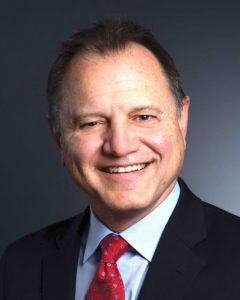 Richard A. Zimmerman, Cedar Fair’s president and CEO, has been appointed to the Board of Directors of its general partner, Cedar Fair Management, Inc. Zimmerman will serve the remaining portion of Tom Klein’s term, which expires in 2020. Klein, a member of the Board since 2012, stepped down from the Board effective April 10, 2019, to focus on his new role as managing partner at Certares Management LLC, a leading investment and management company.

“On behalf of the entire Board, I’d like to thank Tom Klein for his valuable contributions to our success and for his years of dedicated service to our organization. I wish him all the best in his new endeavours,” said Matt Ouimet, Cedar Fair’s executive chairman. “At the same time, I’m excited to welcome Richard Zimmerman as a director. His clear vision of the Company’s future, which he has demonstrated as Cedar Fair’s president and CEO, along with his years of experience in the hospitality and leisure entertainment industry, will be valuable to our Board.”

Zimmerman, 58, has more than 30 years of experience in the hospitality and leisure entertainment industry. He became president and CEO of Cedar Fair in 2018, after being named president in 2016 and chief operating officer in 2011. He also served as executive vice president beginning in 2007 and served as vice president and general manager of the Kings Dominion amusement park from 1998 to 2007. Prior to entering the amusement park industry, Zimmerman served in various financial and strategic planning roles with Paramount Communications, Inc.