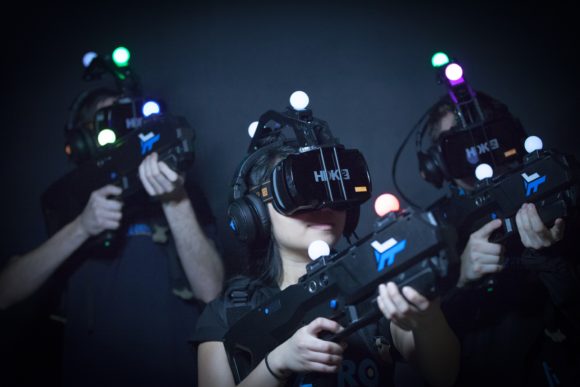 Zero Latency, who specialise in free roam VR entertainment, have unveiled an industry first ability to accommodate 8 simultaneous players in a free-roam VR game, which is up from the prior record of 6 players currently held by the company. The first Zero Latency-powered VR game arena to showcase 8-player free roam VR gaming is a 4,200 square foot arena located in Melbourne, Australia. At least three new arenas and two currently operating arenas will introduce 8-player capability this year in their respective cities.