The ride, which opened just weeks after the debut of Wild Eagle at Dollywood (see page 35) launches riders on a “flight” with no track above or below.

Sitting in twin seats suspended either side of the track, passengers begin their climb up a 12-storey lift before plunging into speeds of 55mph through 3,000ft of intense drops and five inversions, including a barrel roll and zero-g roll.

One of the most adrenaline-pumping moments on the ride is an extreme fly-through where the coaster speeds straight toward a structure, before making a last-minute vertical flip through a keyhole cut-out – as seen in the third photo down on the right. 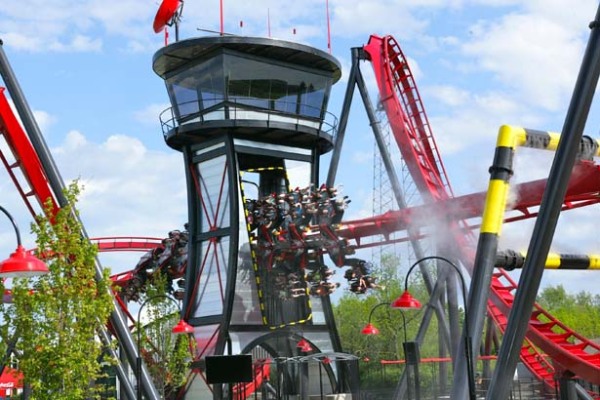 “X Flight is unlike any other coaster in the world,” said Hank Salemi, Six Flags Great America president – seemingly oblivious to Wild Eagle at Dollywood, The Swarm at Thorpe Park near London or Raptor at Gardaland in Italy (or maybe it’s just marketing hype).

“Soaring through 3,000ft of twisted steel with no track above or below you is an amazing experience,” he continues. “It feels like you’re riding on the wing of a plane.” 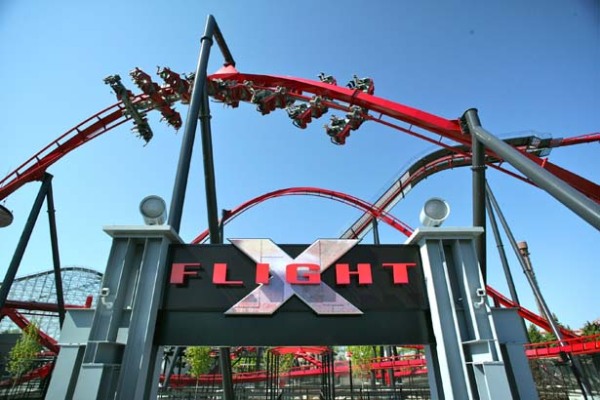