Held from 30 September to 3 October at the Palm Beach County Convention Center, the event was impeccably planned by the WWA staff and, with more than 200 exhibitors and a solid education programme, it was just the right size. An attendance of approximately 1,500 waterpark owners, operators, developers, suppliers and designers represented a strong turnout following a season that presented significant weather-related challenges for many parks across the United States and in parts of Europe.

“This was a tough year for a lot of parks, probably one of the most difficult in the past decade,” highlighted WWA President Rick Root. “But our members know bad seasons come and go and the WWA Show is a one-of-a-kind opportunity to come together as an industry to solve problems, craft solutions and get inspired. Our first-time venue of West Palm Beach provided a great backdrop for the fresh collection of sessions, inspiring keynotes and a exhibit hall filled with innovative products.” 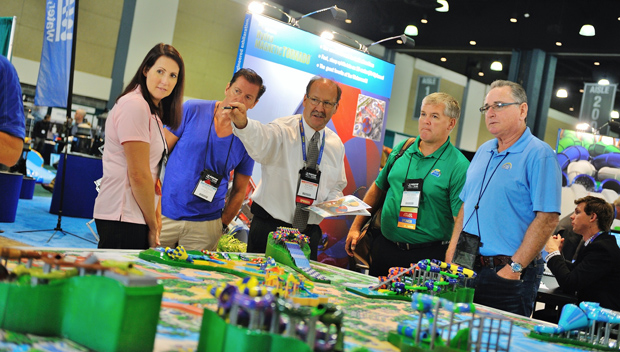 “It’s a fantastic show,” acknowledged Scott Snyder of tube, raft and padding specialist Zebec. “I haven’t stopped talking. I talked to many new parks. We’ve made a lot of good contacts already. The most interest has been in our safety impact padding for the bottom of a slide or side of a pool.”

“I really love the WWA Show. It zeros in on what I am interested in as a waterpark owner,” offered Fred Kenney, Roseville Golfland. (California) “The seminars are excellent. I always feel like we are hearing from the best of the best.”

“As a CEO of an International group, I still feel that this is ‘the’ conference to attend, because it’s exactly what we are looking for,” said Francisco Costa Neto, Grupo Rio Quente Brazil, “Here we’re able to focus on the relevant deals.”

“This show is the best and most successful that I have ever exhibited at,” said Keith Schupp, of The Locker Network, “mainly because the WWA staff make it easy to succeed. They helped me make the most of my pre-show prep and it paid off for me. This show is very well-run and the boutique setting allowed for more personal contact.” 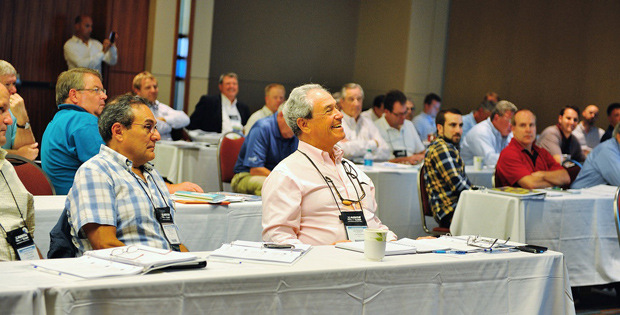 “We find great value in attending the WWA Symposium & Trade Show each year,” said Bob Pena, Big Surf Waterpark. (Missouri) “As the GM of the park, the trade show vendors and their offerings were very helpful and useful as we get into our off-season planning.”

“It was another highly-successful WWA Show for ProSlide, meeting key decision-makers at all stages of the buying cycle,” said ProSlide’s Ruth McMahon. “We were proud to be the platinum sponsor of such a targeted & well-run event.”

“It’s been slow, but it’s been a breath of fresh air compared to larger shows,” countered Leisure Labs’ Bob Dean, representing ride manufacturers such as Mack Rides, Great Coasters International, Mondial and IE Park. “You can sit down and have extended conversations. Response has been good to Mack’s interactive water rides with three opening soon at Six Flags St Louis, Six Flags Discovery Kingdom and Fantasilandia in Santiago, Chile.”

The WWA has a long history of providing the training and education to its members. The 2013 Symposium programme offered a strong mix of topics. Sessions included a panel on the soon-to-be-released Model Aquatic Health Code, the Waterpark Maintenance School and updated WWA University, plus workshops and presentations with speakers including representatives of from key parks like Disney, Great Wold Resorts, Herschend Family Entertainment, Wet ‘n Wild Orlando, SplashDown Beach, Aquatica, Raging Waters and many more. 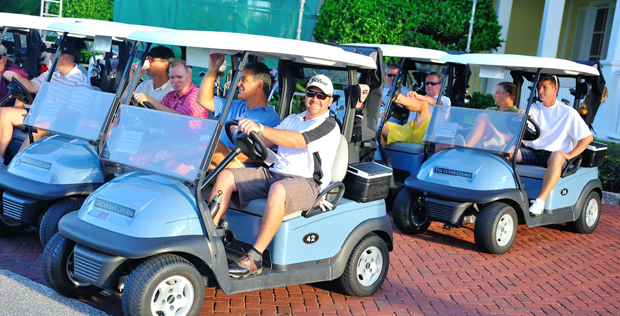 Keynote addresses came courtesy of Eric Chester, author of Reviving Work Ethic, who offered actionable strategies to stimulate employee engagement and bolster productivity. “Always be looking for ways to acknowledge your employees when they do something right, do it on a personal level and do it in a public format,” he told delegates.

Todd Henry was up next. Founder and CEO of Accidental Creative, he shared insights on how to have bigger ideas, faster, without stress and burnout. “Brilliant at a moment’s notice begins far upstream from the moment you get a brilliant idea,” said Henry.

“The overall conference was top notch,” noted Mark N Abdo, aquatics supervisor for the City of Largo, Florida. “Sessions were as diverse as the people and countries represented creating a wonderful networking experience.“

Highlights of this year’s WWA networking events included the association’s Annual Golf Tournament at The Breakers, Florida’s oldest golf course, the Reunion Party attended by close to 700 attendees at The Rapids Water Park. plus a high-energy evening at BB King’s Restaurant & Blues Club.

In 2014 the WWA Symposium and Trade Show will return to Las Vegas, set to be staged at the Paris Las Vegas Hotel and Casino from 27 to 30 October. For details of this and other World Waterpark Association Events around the world, see waterparks.org.

The World Waterpark Association inducted six individuals into its Hall of Fame during this year’s Symposium. Newly recognised among the industry’s most important an visionary pioneers and innovators were Gary Bennett of Princeton Development, Phil Dexter from Big Surf Waterpark (Arizona), Bob and Billye Henry of Schlitterbahn Waterparks (Texas), Randy Mendioroz of the Aquatic Design Group and Ricardo Castillo from IRTRA (Guatemala).

Winner of this year’s Leading Edge Award, announced at the WWA event in West Palm Beach, was the Family Boomerango and Manta attraction combination installed by WhiteWater this year at Japan’s Nagashima Resort. The Leading Edge is awarded each year by the World Waterpark Association to members who have brought a project, product, service or programme to fruition, demonstrating industry innovation and leadership. Last year’s winner was Yas Waterworld in Abu Dhabi.