Held from October 3 to 7 at the Hilton New Orleans Riverside Hotel & Ernest M Morial Convention Center, the new location, a restructured education schedule and lots of new show features proved popular with both attendees and exhibitors.

And, according to WWA president Rick Root, the industry is a strong as it’s ever been: “The water attractions industry has reinvented itself time and time again from concrete to fibreglass, outdoor parks to indoor resorts. The WWA has built its brand based on providing members in-depth, actionable information to help them stay current and keep the industry fresh and relevant for today’s leisure customer.”

The WWA estimates yearly waterpark attendance of more than 80 million in the US alone. Based on the number of expansions, new developments and the types of high-end water attractions constructed in 2011, those numbers will continue to grow. “The level of sophistication in design and the evolution of the consumer’s ride experience are taking water attractions to a new level,” adds Root.

Overall, this year’s Symposium welcomed more than 1,400 attendees. That’s down about 100 from last year, but it’s still a very international event with delegates in attendance this year from Australia, the Bahamas, Bahrain, Brazil, Canada, Costa Rica, Germany, Guatemala, India, Indonesia, Japan, Jamaica, Mexico, Peru, Singapore, Thailand, Turkey, the United Arab Emirates, the United Kingdom and Uruguay, as well as 42 states within the US.

“For someone with no waterpark industry experience or expertise, I found the classes, especially the Design & Development Workshop, to be extremely helpful,” said Scott Cooper, developer and first-time WWA attendee. “And everyone I had the opportunity to speak with was refreshingly open with their information and honest in their comments.”

“The WWA Education Committee has two clear goals each year: identify new topics and ideas that will build attendees’ business; then find the best people in the industry to come share their best practices,” noted Chris Landgrave, Deep River Waterpark & chair of the WWA education committee. “Our attendees consistently tell us that education is what sets the WWA apart from other shows and they find great value in our programme.”

“The presenters were well prepared for their topics and they encouraged input from attendees while they were presenting detailed procedures and processes,” agreed Maria Meyers, representing the town of Duncan, South Carolina (home of Shipwreck Cove). “We wish we had brought more people because there was a wealth of information offered.”

“As usual, my attendance at the WWA Symposium & Trade Show was a valuable use of time,” admitted Glenn Haggarty of Gulf Islands Waterpark in Minnesota. “Having the opportunity to exchange ideas and information with fellow colleagues who are passionate and educated always leaves me walking away with numerous ways to improve my facility.”

In addition to the wide variety of breakout sessions and workshops, the 2011 Symposium offered two new keynote sessions and a special GM & Key Decision Makers Luncheon. First up, economist and noted financial commentator Peter Ricchiuti delivered a powerful, positive and entertaining message about the current economic environment and the state of the leisure industry during Wednesday’s General Session. “We’re not going into a double dip recession,” he contended. “Fear levels are high right now, but things aren’t really as bad as the news portray. The next 12 to 18 months show favourable indicators for the leisure industry.”

Attendees listened as the finance professor and assistant dean at the Freeman School of Business at Tulane University shed light and perspective on where the financial markets are now and what forecasts look like for the next few years. “The leisure industry is in the sweet spot,” he added. “Right now we’re seeing the right amount of market growth and the price of gas is just where it needs to be to encourage discretionary spending on leisure activities and ‘staycations’.”

Following the General Session more than 80 waterpark general managers and decision makers were treated to a special luncheon and a more in-depth presentation from Ricchiuti. Next up was motivational speaker, Gregg Catalano. The ‘Physician of Phun’ delivered a high-energy keynote address coaching WWA attendees on how to “refuel the tank,” live an energised life and create positive energy in everything they do. 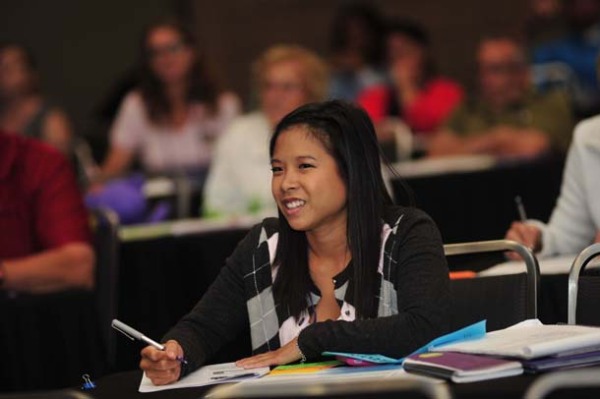 “I most enjoyed hearing the keynote address by Gregg Catalano,” said Nicholas Hager, of Raging Waters in San Dimas, California. “I plan on taking what he said and applying it at my park.”

“The WWA show has been the water leisure industry’s marketplace for more than 30 years now,” highlighted Glenn Davidson, commercial director of theme parks at Aldar and also chair of the WWA board of directors. “Spend a few minutes walking the booths on our show floor and it’s easy to see why waterparks hold so much appeal – the designers continue to push the envelope with amazing, inventive products which move the industry forward in meaningful ways.”

“The WWA show was excellent for us,” said Joel Schafer, Big Squirt! “This event provides a unique opportunity to spend quality, face-to-face time with our customers and new waterpark developers. No other show has as many qualified waterpark people. The attendees we spoke with are serious about their operations or new development. It’s a good environment to do business.”

“It’s been a little slow,” observed Lesly Hudnell of Gatemaster Systems. “There doesn’t seem to be as many people here as in the past, but we’ve really enjoyed reconnecting with our existing clients and getting to catch up and spend time with old friends.”

“The show has been unbelievably slow, unfortunately,” said Julie Zakus of WhiteWater West. “We thought New Orleans would be a great draw, but for some reason people aren’t here.”

“It’s been a good show,” believed Jenny Hefner of Splash Kingdom. “The networking has been very useful, and I’ve found a lot of new products. This is my first time in New Orleans, so I’m enjoying the city.”

“It looks a little slow,” mused Dave Sizelove of Aquatherm Industries, “but this is our first time exhibiting so I’m not sure what to expect. We usually exhibit to the solar and pool industry trade and here we’re talking directly to end users, the park operators. I view our role here as educators. Waterpark operators are generally unaware that solar heating is a viable option.”

Thanks to a little help from Blaine Kern’s Mardi Gras World, the trade show floor transformed to a festive parade route at the end of day one, featuring a live jazz band, stilt walkers, walking heads, beads, beads and more beads. WWA chairman Glenn Davidson presided as king of the parade (as pictured), followed by past chair Chris Swartz and vice-chair Jim Basala, all riding in floats towards WWA’s Annual Reunion Party.

With a city motto of “Let the Good Times Roll,” there was never any doubt that WWA attendees were in for some memorable networking events in New Orleans. The association’s annual golf tournament and luncheon was hosted by TPC Louisiana, where more than 70 golfers came together on a gorgeous day for a little golf, a few prizes and a nice lunch.

At both the Reunion Party and the New Orleans Party the following night at Generations Hall, WWA attendees kept the party going with extended networking time, music and good times. Generations Hall in particular provided a memorable backdrop, a warehouse venue turned into a nightclub for the night.

The 32nd Annual World Waterpark Association Symposium and Trade Show will be held next year at the Paris Hotel, Las Vegas, from October 1 to 5. But before that two regional symposiums are planned in the UK and Hong Kong (see below).

WWA around the world

WWA members from Europe and Asia are promised their own regional events from the WWA next spring/summer. The association will be reinstating its European Symposium on February 28 and 29 at The Time Capsule Waterpark in Coatbridge, Scotland.After several years of Middle East Symposiums, the WWA moves to Hong Kong for its first Asian Symposium on June 5 and 6. The venue has yet to be announced, but it is being timed to coincide with IAAPA’s Asian Attractions Expo, which runs in the city from June 5 to 8. For details of these and the 32nd WWA Symposium/Trade Show in Las Vegas, see waterparks.org/education 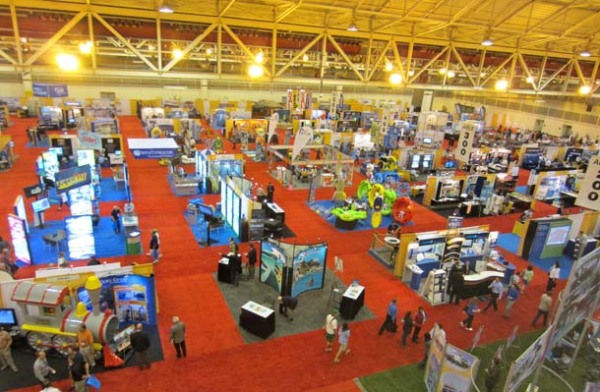