The 400ft-tall (121m) attraction will be built on the side of the tower to the park’s Superman: Escape from Krypton ride (pictured below), in a similar fashion to Tower of Terror at Dreamworld in Australia. The adaptation will be performed by Intamin, which also constructed the original Superman ride. 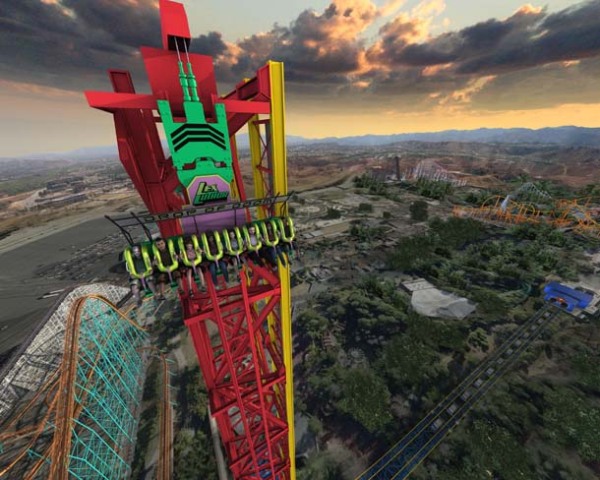 Sitting eight abreast, riders will plummet 40 stories, all while the Superman: Escape from Krypton cars are blasted to the top of the same structure. Tracks will be attached to both sides of the tower to accommodate two floorless gondolas. Passengers will be pulled to the top of the tower, experience a brief pause before being released and dropped at speeds of up to 85mph (136km/h). After five seconds of freefall, the gondola will be stopped by a magnetic braking system just a few feet from the ground. 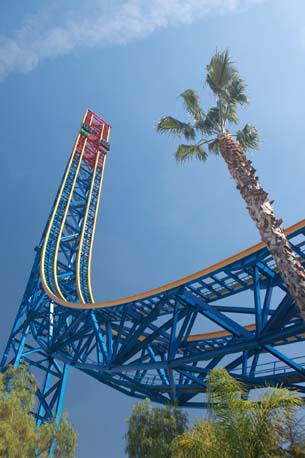