Featuring one of the world’s largest projected water screens, the fountains are the stars of the show at Worlds of Color, which features characters from Disney and Pixar classics including Finding Nemo, Toy Story, The Little Mermaid, The Lion King and many more. 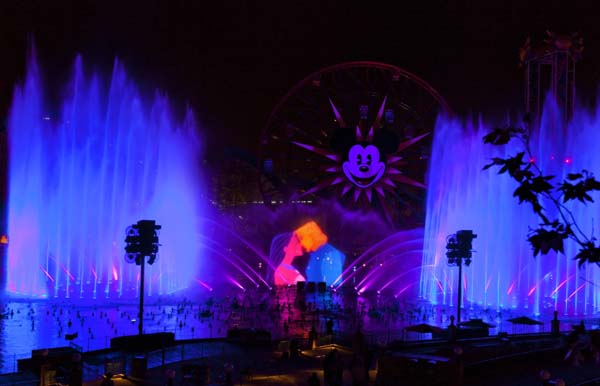 The almost 25-minute performance uses nearly 1,200 programmable fountains. Jets of water up to 200ft in height, plus a 380ft-long wall of water together with nearly 30 high-definition projectors, synchronised flame projections, lasers and other effects create a kaleidoscope of colour and spectacle.

The new show is designed to take some of the pressure off the neighbouring Disneyland park during its own night show and fireworks, and give guests a reason to stay at California Adventure for longer.

Audiences can enjoy World of Color up to three times nightly from a specially designed viewing area, or make a dinner reservation for a meal with an unforgettable backdrop. Also new at Disney California Adventure is a new Glow Fest, which entertains guests in the run up to Worlds of Color with dancing, music and special light effects.