Intended to be an attraction for the whole family, Parc Saint Paul and Gravity Group designed Wood Express around the park’s available ground space, creating an “out and back” layout with a height restriction of 1.10m. 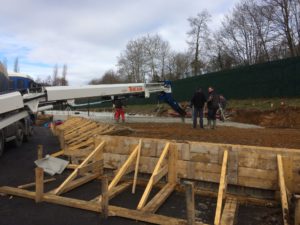 The investment is the biggest in the park’s history at a cost of 3m Euros, and features a 12 passenger Timberliner Train, built by Gravitykraft Corporation, which takes riders through 13 moments of airtime at a maximum speed of 61 km/h.

“We met the Gravity Group for the first time during the EAS show in Paris in 2013,” said operations manager Etienne Montecchio. “We were very interested by the work they’ve made for the Wooden warrior at Quassy amusement park in United States and later for Roar O Saurus still in USA.”

Wood Express is scheduled to open at the beginning of July.