Entertaining over 1.5 million guests each Christmas, Winter Wonderland does the same sort of attendance in six weeks that many British amusement parks probably wish they did in a year. The event returns to London’s Hyde Park this November.

Now in its sixth year, Winter Wonderland is essentially a German-style fun fair and Christmas market, featuring a selection of festive-themed attractions, most transformed specially for the occasion. So what makes it so popular? The central London location – a tourist hot spot at the best of times – surely helps, as does free entry.

The organiser, PWR Events, has also recognised that the eating, drinking and meeting your friends are as an important a part of the proceedings as enjoying the rides and attractions, which is why food and drink outlets, themed bars and live entertainment feature heavily in the line-up, and will do even more so this year. Who doesn’t enjoy a warming glass of Glühwein at this time of year?

New for 2012/13, the Magical Ice Kingdom promises over 500 ice and snow sculptures. The 40m x 25m Ice Kingdom building will be chilled to -8°C in order to keep the sculptures frozen throughout the Winter Wonderland run.

Other attractions at this year’s event will include the world’s largest travelling Wild Mouse coaster (from Germany), a 60-metre tall observation wheel, Zippo’s Circus, the UK’s largest outdoor ice rink and, just for the kids, Santa Land, packed full of kid-sized rides and attractions.

Winter Wonderland runs from November 23 until January 6, open every day except Christmas Day. If you’re in the British capital, be sure to swing by for a Glühwein and amusement ride. 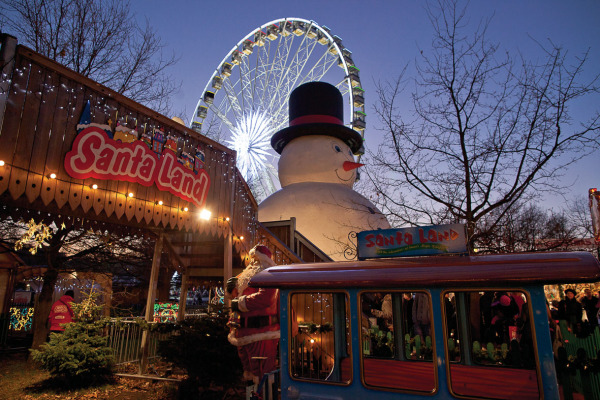