It’s surely one of the longest winter seasons at any theme park worldwide, and it al starts on 18 November. Get ready for Winter Efteling.

For 11 weeks the  popular Dutch park is wrapped up in a special atmosphere with crackling camp fires, thousands of lights and special winter attractions including a real snow slide, cross-country ski course and ice rink. A new feature this year will be the opportunity to skate outdoors at the Ice Palace. Meanwhile in a specially illuminated Fairytale Forest, the vain emperor wanders around in the cold, showing off his new clothes, and the Bright Spots sing heart-warming gospel and soul numbers. 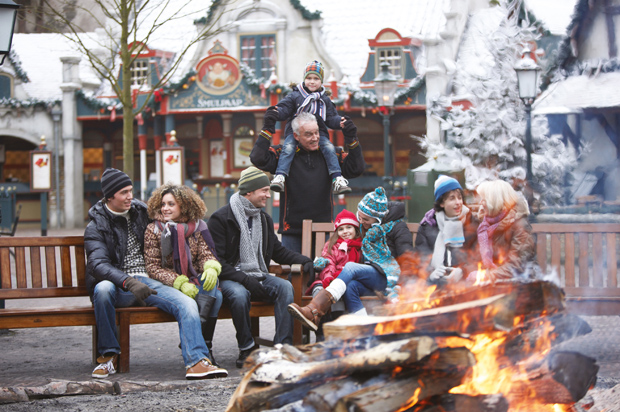 From twilight onwards, the exterior to three attractions will be transformed with the use of 3D video mapping. A couple of residents manage to escape through the Creepy Castle’s walls and visitors can see the eternally roaming ghost ship, The Flying Dutchman, on the attraction’s outer walls. At Villa Volta, the creak to life, allowing its owner’s curse to break through into the outside world (as pictured below). 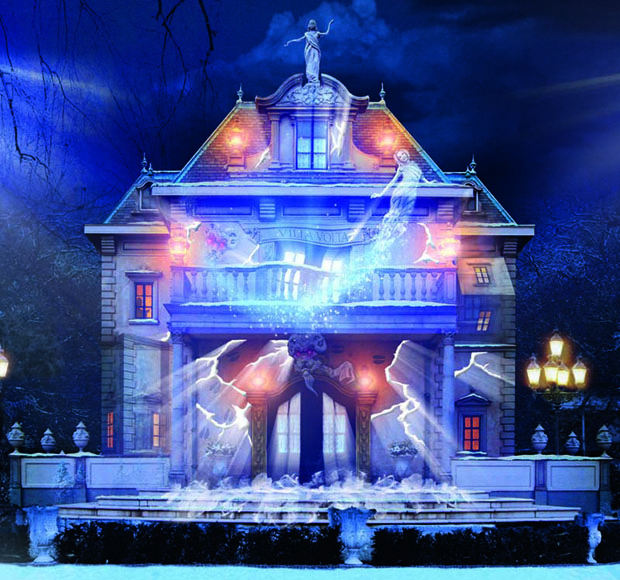 Winter Efteling guests can enjoy three spectacular shows. The Efteling Theatre will stage a brand new Dutch-language version of the musical Mr Sandman, while Raveleijn takes on a special lustre during the evenings through the use of lighting and fire. Performed in a custom-built themed arena, the 20-minute show produced in collaboration with the renowned French park Puy du Fou features live actors, real horses and ravens. The winter’s day is brought to a close, as in summer, with Aquanura – Europe’s biggest water show – which is even more spellbinding in the dark. 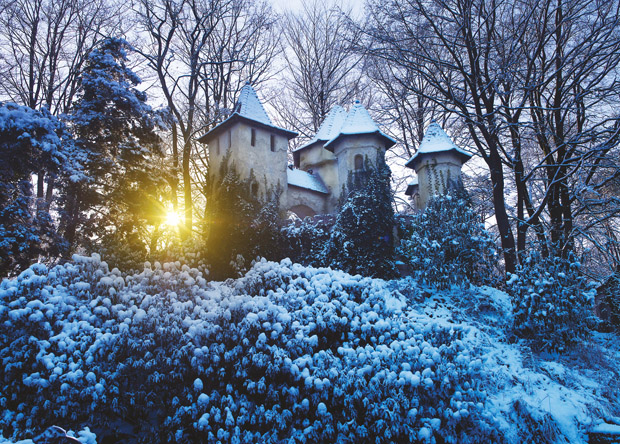 Efteling is located its Katsheuvel, outside the city of Tilburg. Winter Efteling runs until 2 February 2014, with Mr Sandman continuing until 9 March.  During the winter season, the park will be open daily from 1100 to 18.00 and until 20.00 during the Christmas holidays. Apart from the Piraña raft ride and Flying Dutchman water coaster, all rides and attractions will be open as part of Winter Efteling, weather permitting. A special New Year’s Eve celebration is also planned, when attractions will stay open to midnight – just in time for the fireworks. Special accommodation and catering packages are available for those wishing to usher in 2014 at the park.

How was business this season?