Tivoli in Copenhagen has an exciting programme of winter events planned.

The summer season ended in September with 2,773,000 visitors, 162,000 more than last year. “The season began well with nice weather for the Easter holidays as well as the early summer, and attendance was better than expected,” recounts park CEO Lars Liebst. “Guests enjoyed the new picnic lawn areas and the many new restaurants. However, the heavy rain on 2 July set us back. It was also the beginning of the wettest summer ever in Copenhagen, so we can actually rejoice that we still end up with an attendance 6% higher than in 2010, which was also very wet.”

The Halloween season is now due to run from October 14 to 23. Launched as part of the “celebrations,” guests will be able to enjoy an interactive ride on the park’s Mine ride. When entering the boats, passengers must use their magic wands to hit 96 glowing diamonds on their voyage through the land of the Grotes. Special Halloween attractions will also include a witch-themed musical, circus, pumpkin parade and seasonal market. Last year’s event attracted 294,000 visitors.

On November 11, the Scandinavian institution will launch Christmas in Tivoli for the 18th time, now with a new Russian theme including a custom built 2,000 square-metre city (as pictured above). Among the attractions will be Tivoli’s version of St Basil’s Cathedral from Red Square in Moscow, featuring a 21m tower with onion domes. As a result of the new additions, management are hoping for even greater visitors numbers than year, when November and December attendance reached almost 800,000. 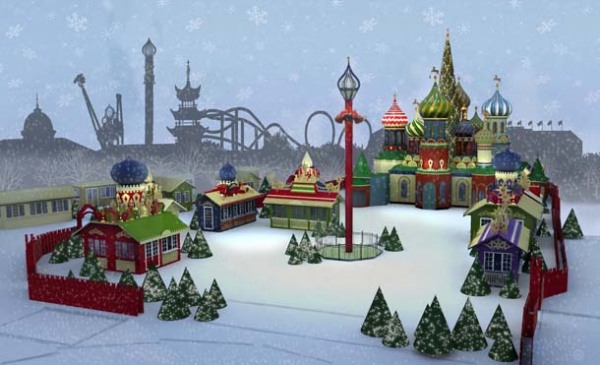 Pictured below: An interactive scene from the Mine ride 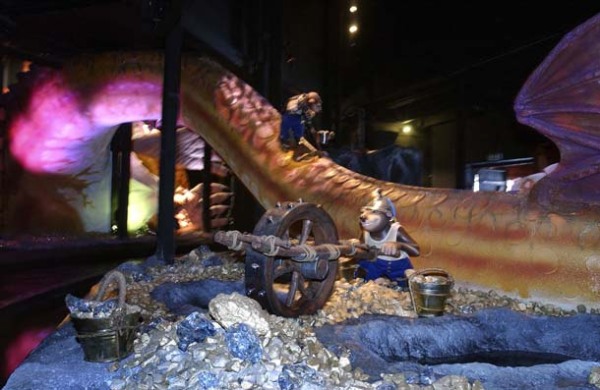