For the eighth successive year Phantasialand in Brühl near Cologne staged a special winter celebration.

While some parks open up just a small area for Christmas, Phantasialand guests could enjoy practically all attractions except its water rides during the six-week festive season, which ran from November 26 until January 9.

“Phantasialand in winter is incomparable, idyllic, vibrant, thrilling and breathtakingly beautiful,” says park spokesperson Julia Kemp. “Since the first winter season in 2002/2003, we have constantly expanded the offer to provide happiness, fun and a good time in the winter with a really special atmosphere.”

Glittering ice crystals and twinkling lights were strewn throughout the park between the rides, attractions and richly-themed surroundings. Arriving in the Berlin plaza and Main Street-style area, guests were greeted by the park’s double-deck carousel, looking particularly festive, as the spirit of Charles Dickens’ A Christmas Carol was brought to life with roast chestnuts and strolling characters in costume.

In China Town there was another, completely different presentation of winter, as this area of the park offered a festive fusion of fire and ice, while in Mexico the Colorado Adventure offered a runaway train ride through a snow-capped landscape.

About the only part of the park that escaped the snow was the undercover Wuze Town, although close by in Fantasy the new Zamperla rides and Preston & Barbieri monorail added earlier in the season did their thing in often ice-cold temperatures. In fact, special lubricants were employed by the park so that rollercoasters and other outdoor attractions could operate at up to -5°C.

“Our guests deserve the entire Phantasialand offer, so we want to give it to them,” says Kemp. “Around 70% of our attractions are undercover, but there’s something special about riding Black Mamba [the park’s African-themed B&M coaster] in the middle of winter in the cold!” 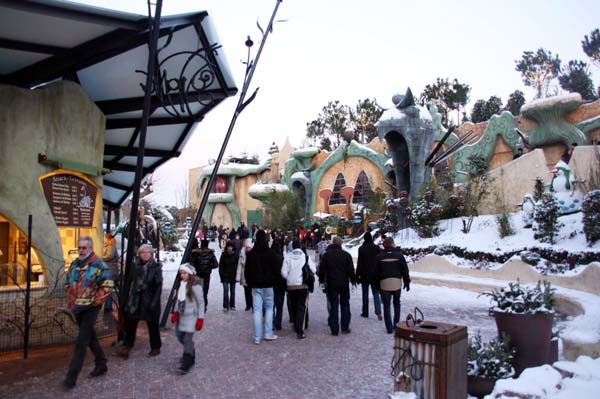 Three live shows were created specially for the winter season, including Winterfeelings on Ice and the comedy and dance show Mystery Dinner. A highlight of the 2009/10 winter season, Die Magische Rose (The Magic Rose) was repeated for a second year in Kaiserplatz, featuring a mix of music, themed floats and fireworks – the perfect way to end a winter’s day.

Additional entertainment was provided by Fantissima, Phantasialand’s big evening show, and a spectacular “Silvester” programme of food, drink and on New Year’s Eve, which in turn stimulated business for the park’s two on-site hotels.

“New Year’s Eve is a highlight for us,” concludes Kemp. “In seven different locations we offer completely different events from the large party for young people in Wuze Town up to an elegant black tie gala.”

The 2011 season begins on April 1 and runs right through until November 1. www.phantasialand.de

If you’re reading this panel in hope of finding out more about Maus-au-Chocolat, Phantasialand’s big new attraction for 2011, we’re sorry to disappoint you. Management is being very tight lipped about this new addition to Berlin, where it will bridge the gap to the Fantasy area of the park, but we understand it may well be dark ride-based. The park is also adding a Zierer Wave Swinger nearby in Kaiserplatz. 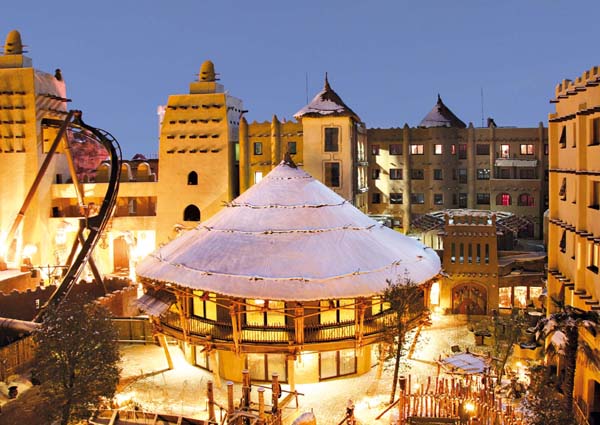