One of four such rides supplied this season by the Dutch manufacturer to Cedar Fair parks across North America, the $5 million (€3.5m) attraction stands 301ft-tall at the Sandusky, Ohio, amusement park.

As many as 64 WindSeeker riders at a time are treated to dramatic views of Cedar Point, Lake Erie and the nearby beach. Passengers sit in open two-passenger swings with their feet dangling in the breeze. The swings rotate around the central column as they slowly ascend the tower. At the top, riders are nearly face-to-face with the very top of the tower and almost as high as the first hill of the Millennium Force rollercoaster.

During the 60-second flight, the seats swing out to an angle of 45-degrees, completing eight rotations of the tower. With the opening of WindSeeker, Cedar Point now boasts as many as 75 rides, including 17 rollercoasters. 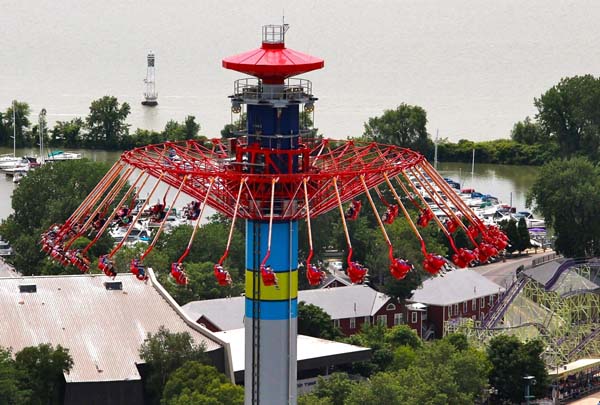 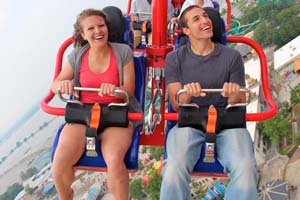