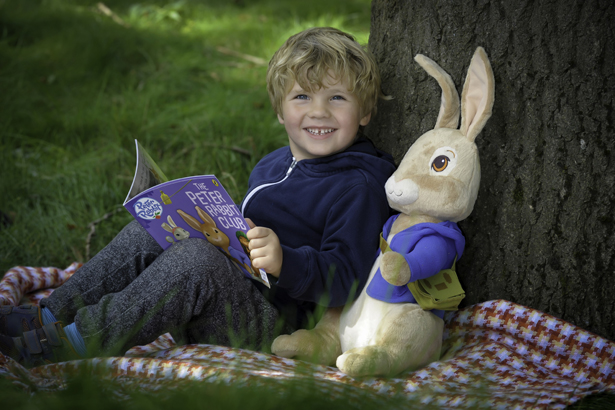 The English attraction Willows Activity Farm is hoping for big things in 2016 with the addition of a new branded children’s play area featuring the intellectual property (IP) Peter Rabbit.

Peter Rabbit Adventure Playground will open at the farm park near St Albans, just north of London, on April 2. It will be feature stars from the animated CBeebies TV series Peter Rabbit, itself inspired by the children’s books of Beatrix Potter.

Developed in partnership with IP owner Silvergate Media and activity attractions/play equipment specialist Lappset Creative, the £1 million ($1.5m/€1.35m) area will include such features as Peter’s Secret Treehouse, Mrs Tiggy-Winkle’s Kitchen and Lily Bobtail’s Nature Discovery. It will be the first Peter Rabbit themed adventure play area of its kind.

“We wanted to bring Peter Rabbit to life for children who love watching the animated series,” explains Thomas Merrington, vice-president of brand & creative at Silvergate Media. “The new Peter Rabbit is a playful re-imagining of Beatrix Potter’s timeless classic and has been a hit with parents and children alike. The beautiful countryside setting, coupled with their focus on wholesome, active play makes Willows the perfect place to do this.”

Willows Activity Farm chief executive Andrew Wolfe say he wasn’t necessarily considering adding an IP to the park. “We were actually approached by Silvergate Media who wanted to develop some Peter Rabbit themed play equipment,” he tells Park World. “When we considered the idea, we found there was a natural fit and great synergy between Willows and the Peter Rabbit brand, and therefore scope to build an entire area dedicated to the much loved character. We have always been committed to active, imaginative and wholesome play and intend to continue this with the addition of the Peter Rabbit Adventure Playground.”

And what sort of impact is the park expecting as a result of the famous rabbit’s arrival? “As its the first of its kind, we’re expecting this to boost our profile from a  local attraction to achieve a more regional profile,” Wolfe informs us. “In terms of attendance, we expect numbers during weekday term time will rise as the area is geared towards pre-school aged children.

The Scandinavian model for success