Will Brexit be a rollercoaster ride for UK parks and attractions? 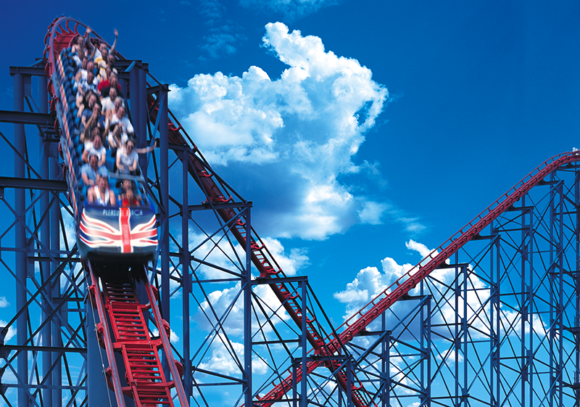 What will the United Kingdom’s exit from the European Union mean for the amusement park and attractions industry?

In the wake of the referendum that saw just over half of voters (51.9%) chose to leave the EU, Park World sought the opinions of several trade associations. Just like “Brexit” itself, which is not expected to be completed for at least two years, much is uncertain.

Paul Kelly, chief executive of the British Association of Leisure Parks, Piers and Attractions (BALPPA), tells us that it is has yet to formulate an official response until it has consulted fully with management committee and members. Anecdotal evidence from some BALPPA members, however, suggests no immediate cause for concern.

Indeed, some observers even expect a weak pound to be good for in-bound tourism. Speaking on June 27 at a Hospitality and Tourism Summit in London organised by the British Hospitality Association (BHA), Merlin Entertainments chief executive Nick Varney commented: “Tourism and leisure can continue to grow under Brexit! Initially a weaker pound will encourage visitors and also exports will flourish. We should seize the moment and lock in that competitive advantage with a permanent cut to VAT for accommodation.”

The BHA‘s CEO, Ufi Ibrahim, observes that “the UK’s withdrawal from the European Union is the beginning of a process which could take years. “As we go through this process, the BHA will call upon every politician in this country to do all they can to guard the strong reputation that our industry has built representing a hospitable and welcoming country all around the world. Our industry is one of the key drivers of exports, prosperity and the fourth largest employer supporting 4.5 million jobs.”

A note of caution has been offered by the global auditing, tax and advisory firm KPMG, whose UK head of leisure, Will Hawkley, offered this statement: “Not only are there vast numbers of EU nationals working in the hospitality sector, but EU supplier and commercial contracts will need to be reviewed, and there will also be concerns over foreign visitor numbers within the industry. All of these factors could have a material impact on operations and revenues. On an economic level, it’s fair to predict that today’s [June 24] result will probably impact consumer confidence, driving down discretionary spend on leisure in the short to medium term while consumers evaluate the full impact of what the UK’s exit from the EU means for them and their wallets.”

For some time now, both BALPPA and the BHA have been backing the campaign for a reduced rate of VAT (value added tax) on tourism, arguing that those EU countries that have one – including neighbouring nations such as France and the Republic of Ireland – represent unfair competition to Britain. Yet according to latest EU Intelligence Report produced for the European office of IAAPA, “the [European] Parliament’s Economic Committee seems more in favour of controlling the whole VAT system at EU level and actually reducing the number of exemptions allowed.” Unfortunately the existing UK government hasn’t shown much support so far for a reduction, but who knows what form that government may take in the months and years to come.

Assuming no new import tariffs are imposed across the EU, a weak pound could boost export prospects for UK-based manufacturers and suppliers to the attractions industry. We were still waiting for an official response from the Association of Leisure Equipment Suppliers of the United Kingdom (ALES-UK) at the time of writing, but earlier this year Park World asked several ALES members for their views.

“We are keen to stay within the European Union however should an exit be realised, subject to changes in import/export trade regulations, the effect would hopefully be fairly neutral,” commented Patrick Lamb of Severn Lamb.

“We should remember that before the formation of the EU, there was an agreement called EFTA (European Free Trade Agreement), founded in 1960 to allow free trade and economic co-operation amongst member states and Western European countries,” added John Davies of Interlink. “There is no reason why the UK could not rejoin this organisation and benefit from the free trade agreements, without the political constraints of the EU”.

For one of the most sobering assessments on Brexit (or indeed any other nations that may one day strive for independence) IAAPA EMEA senior vice-president Karen Staley offers us these words: “The attractions industry has no borders – we provide experiences and smiles all over the world!”