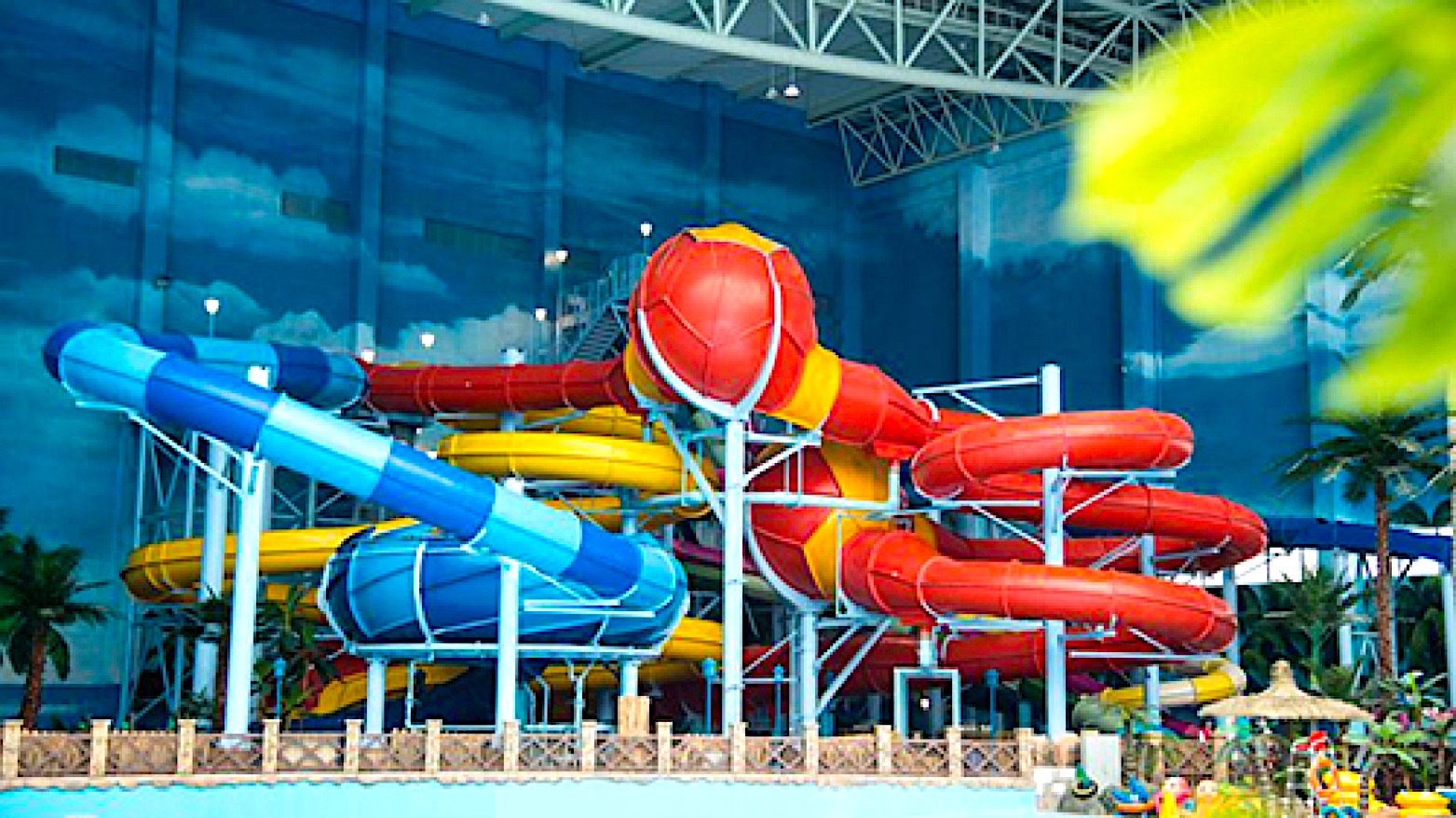 As WhiteWater prepared for the Asian Attractions Expo in Hong Kong, their team was looking forward to meeting with many of the clients and partners that have helped make 2018 a noteworthy year for them. WhiteWater supplied many of China’s, and the world’s, top parks with water slides, interactive water play structures, and water rides. Asia has become an innovator in both the theme and water park spaces as evidenced by numerous recent park openings.

In Central China, at Changsha Window of the World theme park, a highly-themed Adventure Trail is currently being explored and enjoyed by little paleontologist hopefuls. The dinosaur-themed five-tower adventure play structure creates an environment for kids who love to climb, challenge, and discover paths of their own—letting their imaginations run wild. The theme park includes popular historical landmarks and sites ranging from modern to ancient scenic spots.

The Wanda Group have just completed an indoor water park, Wanda Qingdao Oriental Studio Indoor Waterpark, located right beside their movie studio in Qingdao, China. A longstanding partner of the Wanda Group, WhiteWater have provided a ride in every single Wanda water park in the last seven years. In addition to an Abyss + Manta fusion, a Super Bowl, and a FusionFortress, one can also experience the world’s first AquaSphere + Rattler fusion. 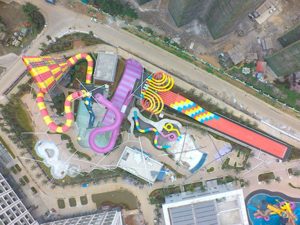 In the Middle East, guests at popular beachfront, La Mer, can now enjoy the brand-new Laguna Waterpark. The new Dubai water park encompasses four distinct zones: a surf zone, a water slide complex, a splash pad area for children, and an AquaPlay area. Guests can watch surfers hang ten as they experience 180º of seamless surfing surface with FlowRider’s new WaveOz. Guests looking for sliding thrills will find plenty to keep them busy with a Whizzard, Flatline Loop, and Freefall slide. The water park also comes with an exciting Constrictor + Sawtooth Super Bowl fusion, as well as an AquaSphere + Manta 55 fusion, and an AquaPlay unit.

Just south of Madrid, Spain, is Parque Warner Beach, originally opened in 2014, the park’s latest expansion features two WhiteWater slide complexes themed for the Justice League heroes and villains. The Batman-themed slide tower features The Joker, a saw-toothed Super Bowl, the other two slides are both four-person, family raft rides including a Harley Quinn serpentine slide with both open and enclosed sections, and a black and yellow, Batman-themed AquaSphere and Rattler fusion. The second tower is home to Superman and Wonder Woman and showcases three more thrilling slides: a four-lane Mat Racer in Superman’s colors, an exhilarating Flatline Loop, and a daring inner tube slide with dizzying twists and turns, giving riders the chance to feel the speed of a flying Wonder Woman.

In the United States, guests to SeaWorld Orlando’s Aquatica water park are now enjoying a truly unique and spectacular water slide. The Ray Rush water slide is a thrilling mix of physical and visual sensations, inspired by the majestic manta ray. Combing three thrilling experience, a Family Blaster, AquaSphere, and Manta, riders glide and spin through the water just like the slide’s namesake.

With a busy opening to the first half of the year, WhiteWater is showing no signs of slowing down. 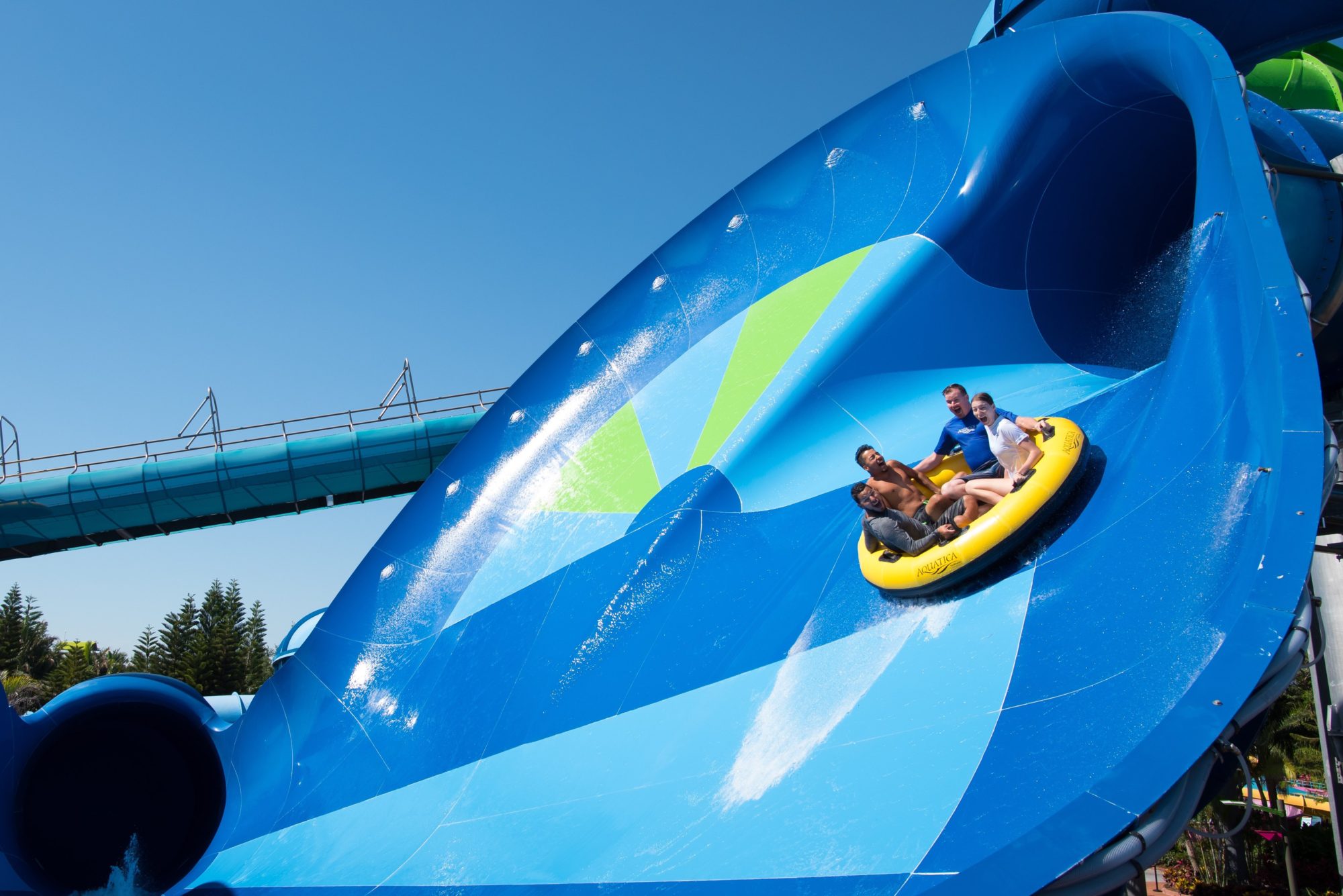