What’s been your best ever work-related trip?

John Davies, OmniTicket Network (pictured): Of all the places I’ve visited during 25 years in the industry, one that particularly stands out is Yas Island in Abu Dhabi.

I actually made two very different work-related trips there. My first visit was in August 2008 when I was collected from one of the hotels and taken to the temporary offices of Ferrari World. As I climbed out of the car in business attire, the feeling was like climbing into a furnace. For as far as I could see in all directions there was sand, with construction workers going about their work with their faces protected from the permanent haze which hung in the 45ºC+ air. I hurriedly entered the welcoming air-conditioned offices. My next visit to Yas Island was in April 2011, six months after the opening of Ferrari World. I arrived in a very, very different environment! Although I had seen the media coverage, nothing really prepared me for the reality. The Ferrari World building alone was spectacular, but then there was the Formula 1 race circuit, the marina and the new hotels. To see such a momentous transition – on a man-made island in the desert – was awe-inspiring. There are many other stories from various trips, but I would have to censor some of them! 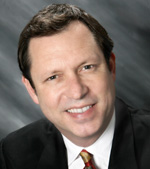 Jim Seay, Premier Rides (pictured above): One of the greatest benefits of this business is that there is a strong desire in the emerging economies to build attractions using our products and services. I have had the great fortune of travelling the world for my work and in doing so have learned that no matter how different the cultures, the amusement industry has a unique ability to bring people together. One trip I remember vividly was a journey to see the business model of ITRA in Guatemala. They have created stunning theme parks and resort facilities, rivalling the best in the world but built specifically for private sector workers and their families. I travelled with the Applause Award team to see the parks and, like the parks themselves, the hospitality afforded to us was first class. What made the trip really special was that travel to all the facilities was by helicopter. We travelled from one end of the country to the other just a few hundred feet above the ground, viewing some of the most beautiful vistas in the world including active volcanoes. Harsh weather required an emergency landing in a field. I remember the look on the face of the stoic Patty Bennett, former owner of Casino Pier in New Jersey, when our pilot announced we would be making an unscheduled landing. Being a pilot myself, I assured her it would be fine even though I wasn’t too sure. Everything did work out fine and the event became yet another chapter in the incredible story of life in the amusement industry. 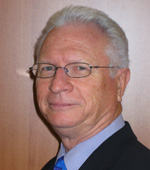 Chuck Bingham, Martin & Vleminckx Rides (pictured above): It has to be the trip to conclude the first ever wooden coaster order for China [at Happy Valley Shanghai]. I will never forget the negotiation process and trying to determine the technical aspects of the ride given there was no Chinese regulation for wood coasters. The whole process took about 10 days and involved meetings with technical and government officials, sometimes 30 people or more. At one point they proposed applying an old wood code from Russia, specifically a section relating to helicopters! Finally they realised that they had to start from scratch to develop a code appropriate to the ride we were delivering. It was a real learning experience, but to conclude the order was a very gratifying conclusion to the trip.