What is your top earning game?

Jack Boylin, Camden Park, USA (pictured): Our top revenue producing game is balloon darts. Customers have really responded to our theming. The game was already strong but in 2008 but we gave it a pirate theme and that increased revenue further. I think the real reason for its continued popularity is that it is a skill game that is accessible to all levels, there is almost always a winner but if you have some skill you can get a large prize pretty quickly.

John Collins, Indiana Beach, USA: Our top game overall is an arcade game, Skee-Ball. It’s a timeless classic, one that’s popular with the whole family. Our top midway game is Balloon Pop. It is popular with parents because their kids play until they win.

Claudio Perantoni, Gardaland, Italy: Canyon Creek, a gold mining attraction (pictured), was the top game of 2009 at Gardaland. I conceived and made this game because it offers a range of emotions. Our staff wear cowboy dress and are an integral part of the experience. The game has been a huge success with children, but even adults play, daring friends and shouting for joy when they find gold. Once they uncover a gold nugget, it is weighed and our staff ring a bell so guests in the western village know about it. This attracts further players. The prize is a golden medal, which the “miner” wears all day long in the park. In fact, we sell numerous medals just because people see them and it’s becoming a real trend! 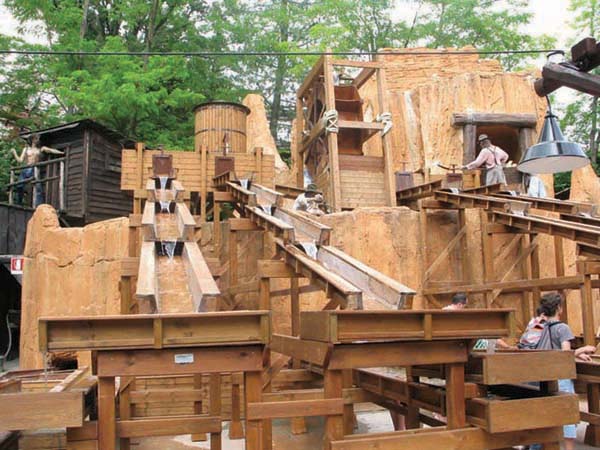