What could possibly be the world’s first whale watching-themed attraction opened last month at Europa-Park near Freiburg, kicking off the German park’s 35th anniversary celebration.

Whale Adventures – Splash Tours is the latest and arguably best-themed interactive water ride by Mack. The ride is the second major attraction to appear inside the park’s “Iceland” area, which also gets its own monorail station this season.

Starting out from a themed harbour area, Whale Adventures takes passengers on a voyage lasting almost six minutes in search of Icelandic marine life. Each of the ride’s 10 boats accommodate eight riders, with one water cannon each. An additional 14 cannons are located around the perimeter of the ride so passing guests can join in the fun.

Also new this season is an interactive exhibitition sponsored by Gazprom, the Russian energy supplier, plus a new saloon bar at Europa-Park Resort’s Tipi Village.

Mack is expected to deliver a second interactive water ride this month (April) at Heide Park in northern Germany. 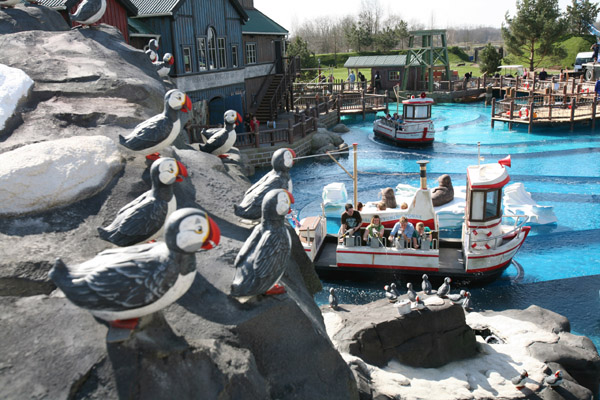