Construction at Lost Island in Waterloo, Iowa, is right on schedule for the waterpark’s new waterslide coaster, which will open In time for the venue’s 10th anniversary in June.

Wailua Kapua, which translates to “purple Hawaiian river dragon,” is a 990ft-long ProSlide hydro-magnetic Rocket coaster. ProSlide crews having been working tirelessly to have the new blue and purple ride ready for the new season amidst cold winter weather and heavy Iowa winds.

Although the ride itself is powered by magnets, Wailua Kapua will also have one of the first ride-up conveyors in the world. Instead of a series of stairs leading up to the beginning of the ride, guests will get in the four-person boats at the bottom of the first hill and ride the conveyor up to the top before the first drops begin. 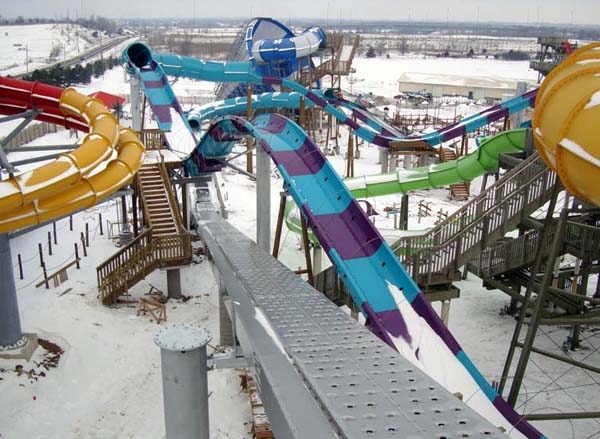