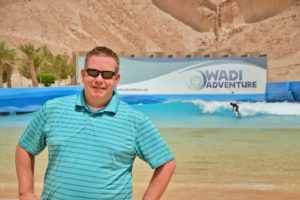 Wadi Adventure, a waterpark based in Abu Dhabi, has announced the appointment of Scott Wellington as the park’s new general manager as of March 1st, 2018.

“I am delighted to have been given this opportunity to become the General Manager of this unique facility,” said Wellington. “I will be working hard to achieve even higher levels of hospitality.  Delivering to our guests, the kind of experience that only Wadi Adventure can offer while building an enduring and raving fan base for our park.”