VR added to Drop of Doom 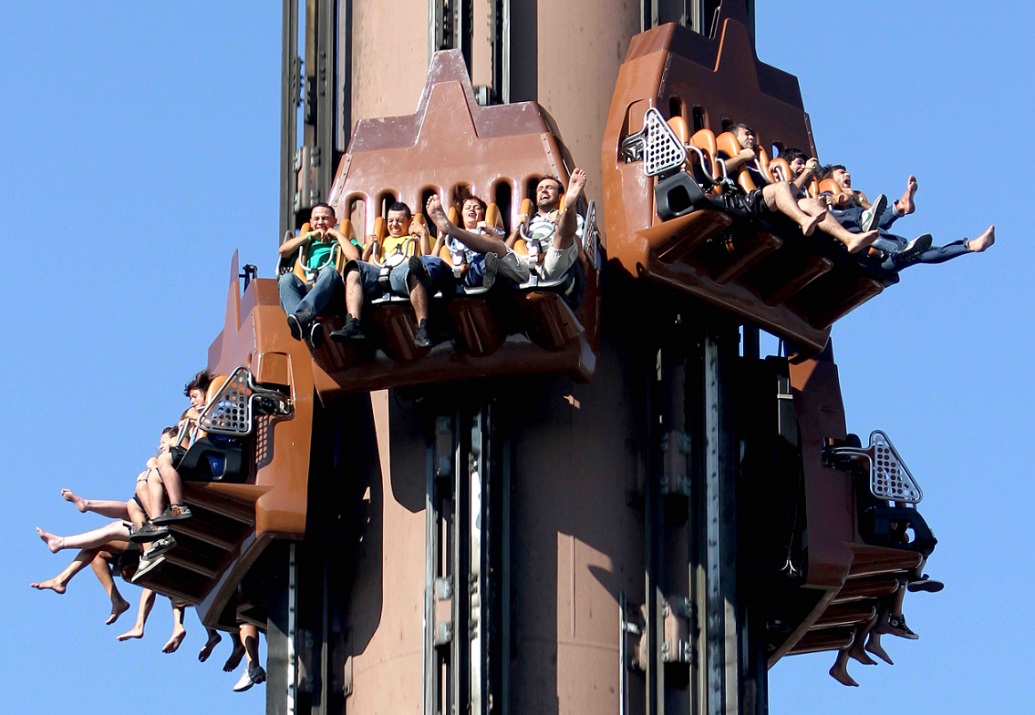 Six Flags Great America, Gurnee, Illinois, has added an immersive virtual reality element to their Giant Drop ride. The new experience, DC Super Heroes Drop of Doom, will run through July 22. Using Samsung Gear VR headsets to view the action as Superman and Wonder Woman battle their nemesis, Lex Luthor, riders will do battle alongside their favorite super heroes before plunging down over 200 feet (61 m) on the Giant Drop.

Guests buckle into floorless seats and strap on VR headsets and get immersed into a 360º virtual world where they are unwittingly invited by DC Super-Villain, Lex Luthor, to test the newest LexCorp levitation technology. Lex Luthor levitates riders with his anti-gravity ray gun and they begin to float upward, rising high above the skyscrapers. Wonder Woman and Superman then dash to the rescue and an epic battle ensues high in the air over Metropolis. Wonder Woman clashes with an army of flying LexBots while Superman is in fierce combat with Lex Luthor. High in the sky, the battle spins out of control and riders fall a thousand feet straight down, to the city streets far, far below