Visitor numbers at an all time high for Europa-Park 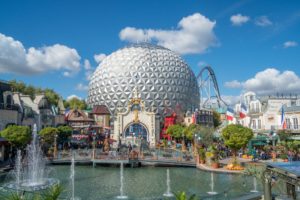 With over 5.6 million visitors last year, Europa-Park broke its 2017 record. Park owner Roland Mack said: “We are very happy that the guests stayed with us so much despite the fire in May. The long heat period in the summer was not conducive, but the October, with Halloween and the winter season balanced it out.

“2018 was the year of the largest construction activity for Europa-Park in the more than 230-year history of the Mack family. “The Europa-Park is becoming more and more a trendsetter and is the first operator in Germany to build a second leisure park in Rust with the new water world” Rulantica “and the hotel” Krønasår.

“With two parks, six hotels and the multi-purpose Confertainment Center on a total area of ​​145 hectares in the future, we will have no comparison anywhere in the world. Our entire resort is becoming a continental family holiday destination.”