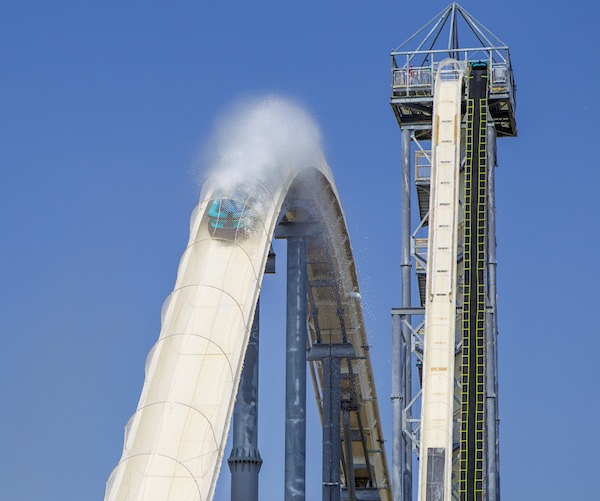 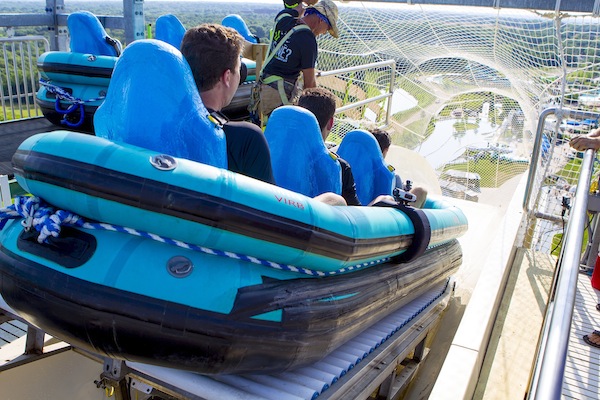 Verrückt combines a breathtaking drop with siganture uphill blast over a 55ft (16m) camelback hump. After climbing 264 steps to reach the top of the slide tower, up to three riders per raft plummet down a drop equivalent tof the fall from a 17-storey building. That’s taller than Niagara Falls or the Statue of Liberty! No single riders; apparently it’s more fun if someone is screaming in your ear.

Verrückt, which translates from German as “insane,” was developed by waterpark innovator Jeff Henry. Henry holds numerous patents for ride innovations and has brought inland water surfing, uphill waterslide coasters and endless tube rides to the industry. The Henry family operates four Schlitterbahn parks around the US, and is planning to build smaller versions of Verrückt in other parks.