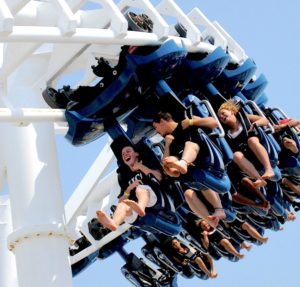 Dutch roller coaster manufacturer Vekoma Rides (Vekoma), based in Vlodrop, the Netherlands, has been acquired by Sansei Technologies (Sansei), a Japanese company listed on Tokyo Stock Exchange. With the 100% acquisition of Vekoma (100% of the shares will be taken over), Sansei will increase its global market share in the field of designing, supplying and installing roller coasters. Headquartered in Osaka, Japan and active in the global entertainment equipment industry, Sansei achieved a turnover of around 225 million euros in 2017, largely from the sale of attractions to amusement parks and dynamic stage installations to theatres.

The collaboration with Sansei is the beginning of a new chapter in Vekoma’s development. Since the start in 2001, Vekoma has steadily grown into an innovative manufacturer of roller coasters. In addition to seeing geographical growth, Vekoma has also managed to position itself as a preferred supplier to a number of globally operating owners of leading theme parks. With the acquisition by Sansei, Vekoma can now further expand its leading position in the worldwide market of rollercoasters and other amusement park attractions.

Vekoma’s takeover is a logical next step, according to its Management. Explains Kees van Biert, chairman of the Supervisory Board: “In recent years, a solid foundation has been laid, in which safety, innovation, quality and customer satisfaction have served as spearheads of our policy. In Sansei, we have found a reputable partner, with equivalent standards and values, who can offer continuity to the company and bring us even further. Through their presence and contacts, we also see opportunities to better serve new regions, such as Japan, Southeast Asia and North America.”

The conditions of the acquisition stipulate that no changes may be made to the strategy, management, terms of employment and the location of the business. Vekoma’s governance structure will, therefore, remain virtually unchanged after the acquisition, and its current management team will remain intact. Mr Nakagawa, CEO of Sansei, will sit on the Supervisory Board along with the current two Supervisory Board members, Mr Van Biert and Mr Steenbakker. The company will continue its activities under the same trade name as an independently operating company. The Works Council of Vekoma Rides, which was involved in the process from an early stage, gave a positive advice on the acquisition.