As Movie Park Germay celebrates its 15th birthday, general manager Wouter tells Park World readers about his unique rollercoaster in the dark, as well his relationship with the venue’s new owner, the Spanish group Parques Reunidos.

There’s been an “elephant in the park” ever since Movie Park Germany closed its Gremlins animatronic dark ride in 2004, following the termination of its licence agreement with Warner Bros. Every day guests and park employees alike would pass the great big, abandoned building in the centre of the park, but dare not mention it was there. But now the structure has been transformed into Van Helsing’s Factory, as Wouter explains… 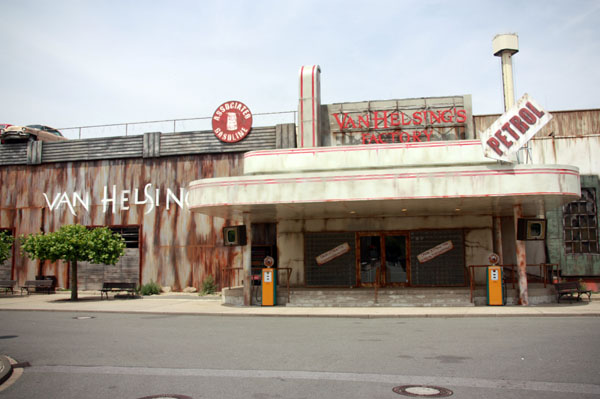 Van Helsing’s Factory is exactly right for the 15-year anniversary of Movie Park. From the beginning in 1996 as Warner Bros Movie World, we have had several different owners, and with each change of ownership, it puts you back two years in planning new attractions. That’s why we were extremely surprised when Parques Reunidos approved Van Helsing in June last year – just one month after taking over.

They recognised that we had this negative area in the park and gave us a budget which I could never have dreamed of. The total investment was €5 million [$7.1m], but we had the building already. To design, build and open an attraction like this in one year, together with a new restaurant and retail, I think is amazing.

I have not seen it yet, but I believe they did a great job at Phantasialand with Maus au Chocolat. We would have liked to do something like that, a nice interactive 3D dark ride, but we would have needed up to another year of development time. Plus there is the fact that our investments in the last few years have been focused on families and kids, so we needed to add a little more “spice” to the park. That‘s why we decided on a coaster, and we closed the contract with Gerstlauer in June/July. 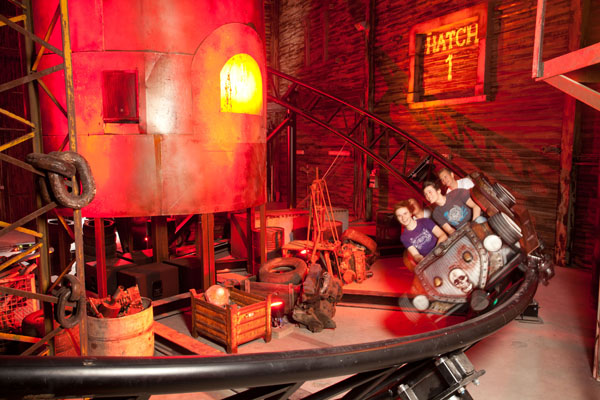 Halloween has become one of our biggest seasons and drivers of attendance so we wanted to draw a little on that too. We wanted to have storytelling, but I didn’t want to pay any more royalties because we are fully spent-up on IP [intellectual property], so we made a smart decision to find a well-known story that is out of licence – free IP! Before we did it, I spoke to Universal because they did the Van Helsing movie and are a partner with us on Shrek 4D, however they did not have a problem because what we were doing was totally different.

I was introduced to Joshua Wexler from Threshold Animation by Roger Houben, who gave me a choice of three storylines. Then I asked Philipp Van Stratum from P&P Projects to help us make us a book; nice pictures always helps when it comes to board decisions. We got approval, and the theming contract went to TAA Industries. During the build process TAA also put in some of their own flavour; I would say it’s about 70% P&P and 30% TAA.

Wiebe Damstra, who has worked with me on a few projects over the past couple of years, served as project manager. Face, a local contractor, handled all the sound, light and show control, and showed us a lot of professionalism after two other parties bailed out during construction. 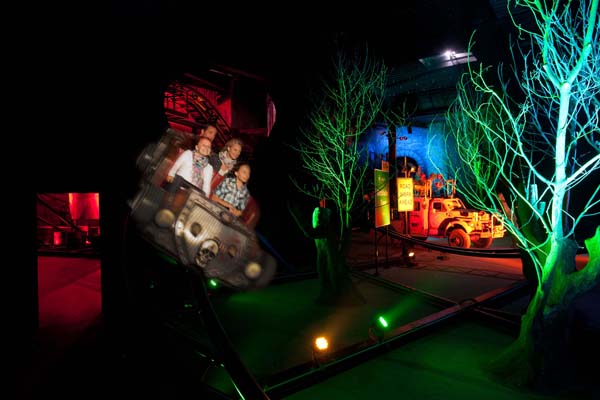 The ride system is a Gerstlauer Bobsled Coaster with two lifts. The first is a chain lift; the second is a tyre drive so we can accelerate the speed as you climb the hill. We only have two anchor points; everything else is on a base frame, but it’s very quiet running because we put sand inside the track. Gerstlauer are a great manufacturer, but cars are not really their signature, so we also have made a really great custom design for the cars; I am really happy with them.

Van Helsing’s Factory is the garage where he prepares his cars for vampire hunting. The story that we tell in the queue line and pre-shows is that you are on a tour of his factory, and we really build it up with sound effects and music; you feel your heartbeat racing as you get closer and closer. Then as you reach the station, all hell breaks loose. There is no time to waste, there is a vampire inside the ride, you must grab your weapons and help Van Helsing find him.

You see the vampires on four screens at the top of the first lift, and then race through four scenes including the factory, a forest, and then you go into a tunnel section. This part of the ride has a drop in it like a Wild Mouse and I said this should be totally in the dark so people do not see the drop. This is my favourite part of the ride, which funnily enough is not themed at all. 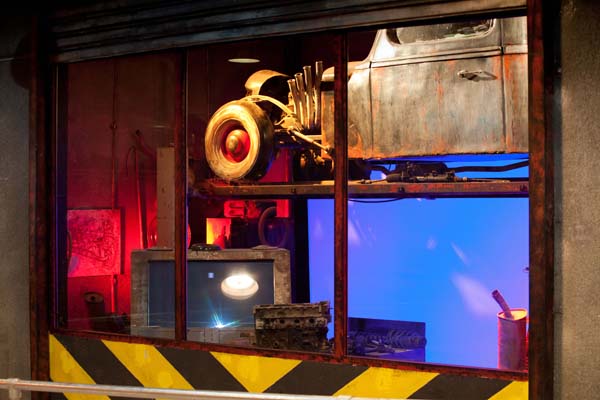 Everything else is about theming, including a scrapyard scene before the second lift, wolves jumping out at you, and a really great fog screen with a giant vampire. At the end, Van Helsing appears again on a screen, mission complete. Then, as you leave the ride, a vampire falls out through the roof, laughing at you. I wish we could have had actors in there, but I didn’t want to jeopardise anything in the design phase. Maybe there are a few options for our Halloween Horror Fest.

It was very important for us to theme the outside of the building. If you look at all the old “studio” buildings from when the park opened in 1996, they were all very plain. I wanted to break with our history and move away from that, this is why we already painted the X-Men building blue. I wanted people to know that what is inside is new; we haven’t just changed the name. That’s what happened in 2005 when we went from Warner Bros to Movie Park, we launched “10 new attractions,” but really it was 10 new names. The last few years I think we have moved away from that with Nick Land and now Van Helsing.

I think this coaster will give us exposure into 2012, so the next step could be adding more street entertainment. We need a signature ride, so I think that will be the next big addition, coming in two or three years. The stunt show also needs to be upgraded, and we have the Shrek licence coming up for renewal after 2012, so we are deciding if we continue with that. I wouldn’t be surprised if the Mystery River [raft ride] gets upgraded in the next few years too. If you take down all the theming, it is one of the nicest water rides out there with the layout, the speed; but the package around it has not been built for durability. I see a lot of possibilities, but it is a lot of money to spend for an existing ride. Put is this way though; I won’t be bored in the coming years! 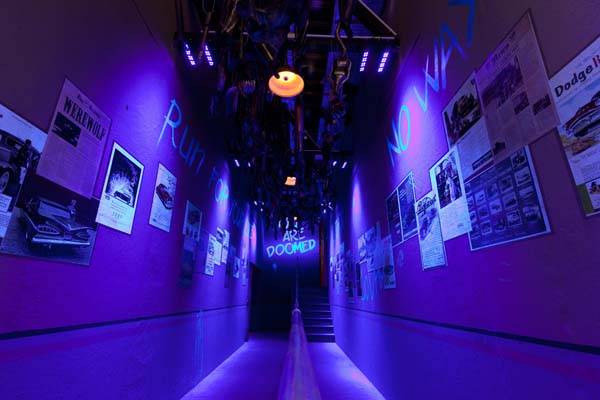 The message from Parques Reunidos is, “We pay you to manage what’s going on down here, just keep us informed.” When it comes to negotiations with suppliers, sure they will want to take over and there will be some combined purchasing, that makes sense. But I guess unlike some groups, not all the decisions are centralised.

The biggest change for all of us that we have to report again, which is good, because if Spain asks us for a report, we can use that as well in the park. They [Parques Reunidos] share information between all parks on a most detailed level. With Six Flags, the old Six Flags, there was a great database, but there was a lot of secrecy and they didn’t share all the information. Palamon was not so much interested in the day-to-day business; it was more about the exit plan.

The first question when we were bought by Parques Reunidos was, “Will Warner Bros come back to the park?” because we are part of the same group again as Parque Warner Madrid. The Looney Tunes characters are a little stronger in Spain because they are on TV all the time, so I think we will carry on as Movie Park Germany.

We ended last year with nearly 1.2 million visitors. I’ve been very conservative in my projections this year because we opened the ride only in the middle of the season, but my expectations are that we should have 10% more attendance due to Van Helsing. We will have to see what happens with consumer confidence in Germany and the Netherlands, our secondary market, but so far we have exceeded our early season expectations. Whether that’s due to the coaster, the weather or our promotional activities, I have no accurate way to tell! 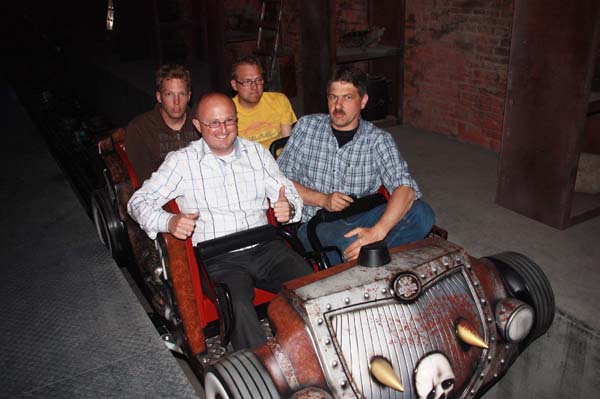 “Movie Park was looking for a cool and scary, but not too scary, concept to replace the Gremlins attraction and vampires seemed like an idea with real bite!” reveals Joshua Wexler of Threshold Animation in California, which helped the park settle on the theme of Van Helsing.

“We went back and forth on a few different concepts until we came up with this story about Van Helsing’s Garage (now Factory). Essentially you enter what appears to be a run of the mill auto body shop, but you’re not just any visitors, and this is not just any body shop. You’re here on special assignment. You see, Abraham Van Helsing is still hunting vampires, but the days of hand held crosses and garlic necklaces are long behind us. This is the modern age of vampire hunting, and at Van Helsing’s Factory, no expense is spared when it comes to saving the world from these bloodsucking maniacs.”

“Threshold’s basic Van Helsing story was situated in a Bavarian town but we developed it into a New York setting since that area in the park already has a US movie style,” recalls Philipp Van Stratum of P&P Projects in the Netherlands, which helped develop the ride’s storyline. “We have done work before at Movie Park making props for the back lot tour, but for this project we had a timeframe of just two weeks to produce over 20 visuals, floor plans and three film storyboards for what is half dark ride, half rollercoaster.”

TAA Industries, based in Bavaria, then themed the interior and exterior of the ride, integrating several large props and animatronics. Working to its own designs, it also transformed the park’s former Music Club into Van Helsing’s Club, which doubles as a gothic-themed restaurant and dinner show venue. “Heavy machines like a Romanian lathe integrated perfectly with the factory setting,” notes TAA’s Christian Angenvoort. “For the scrap yard, we personally selected original, 1950s American cars in Texas. The giant crane at the entrance of this scene is a 1958 Menck found in Rotterdam.”

Like any major new park attraction, Van Helsing’s Factory is equipped with image capture technology, allowing guests to buy both photo and DVD souvenirs of their ride. However, the system developed by Socrates together with Movie Park’s on-site photo/video specialist Tim Derichs (“Foto Tim”), offers a unique twist.

Overcoming the obstacle of how to capture moving pictures in the dark, the park is offering infrared ride footage reminiscent of the Blair Witch Project – perfectly in keeping with the spirit of Van Helsing. Furthermore, an enhanced DVD product is available overlaying computer-generated images, including effects not seen in the ride such as skeleton riders. Each DVD retails for €14.99.

Another new revenue generator this season at is the addition of “TIM” – a time/queue management service supplied by Lo-Q using handheld Q-Bot devices.