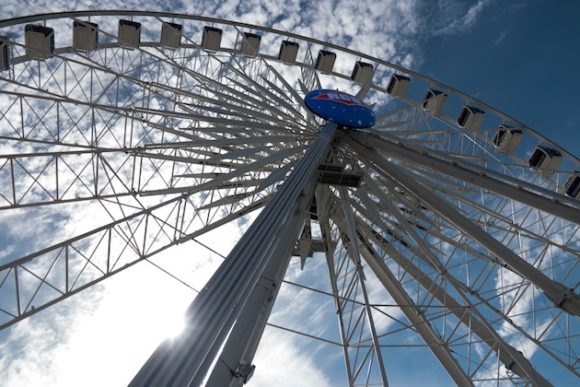 Ray Cammack Shows (RCS) presented no fewer than three giant wheels at this year’s Houston Livestock Show and Rodeo in Texas, including a record-breaking new ride.

At 50m/164ft-tall, La Grande XL is believed to be the largest travelling observation wheel in the Western Hemisphere. Built to a design by Ronald Bussink Professional Rides, the R50XL construction was transported to the USA on 22 trailers/containers and erected on site in Houston by a crew of 10 with the aid of an 80-ton crane. 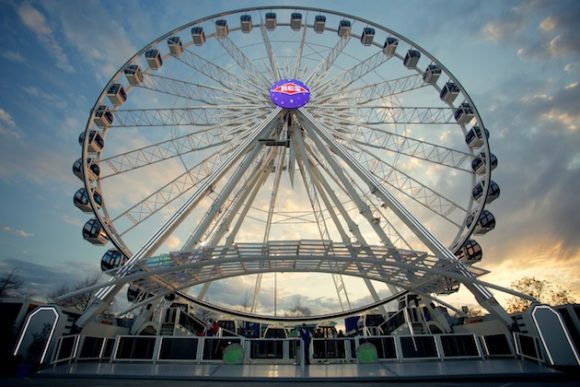 Each of the wheel’s climate-controlled cabins can hold six to eight people. After dark, the ride dazzles with over half a million LED lights including a 10ft (3m) screen in the centre axle of the wheel. 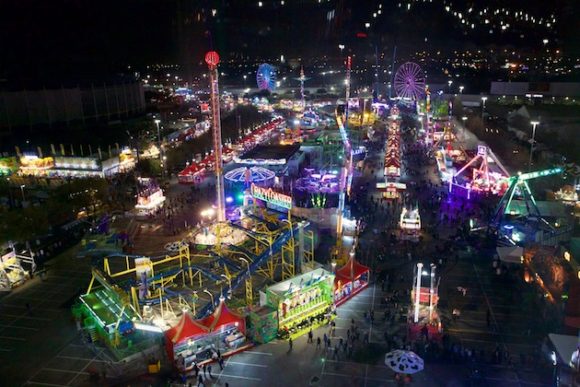 The view from the top of the new wheel in Houston

Running from March 7 to 26, Houston Livestock Show and Rodeo actually featured three giant wheels – all presented by RCS – the most ever at a single event in the USA. Joining LA Grande XL were two rides of 33m/108ft each. In total RCS now boasts a collection of four wheels, including another 50m construction. 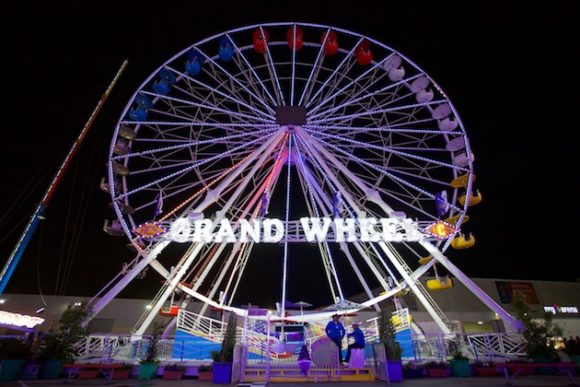 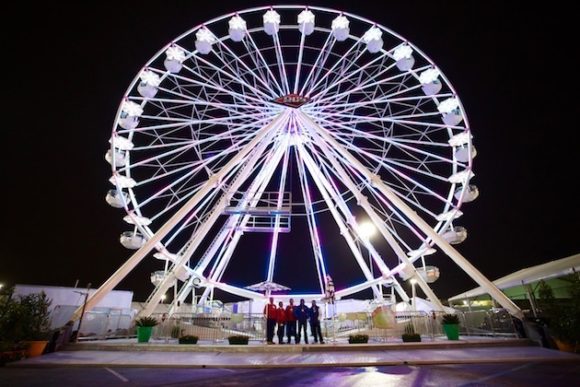