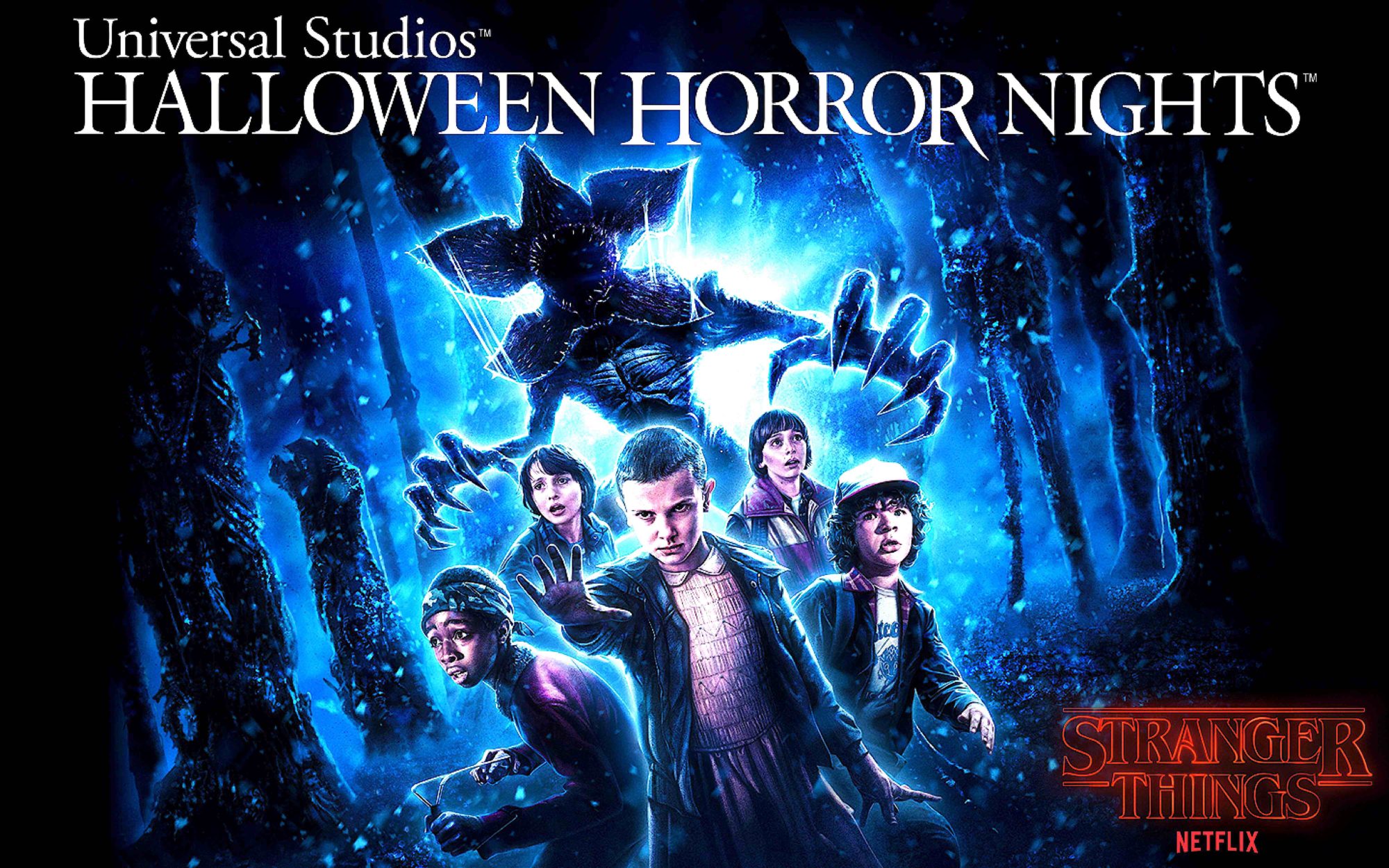 Things are about to get turned upside down at Universal Studios’ Halloween Horror Nights’ as a first look  at the Stranger Things maze key art designed  by Kyle Lambert, the official illustrator of the mega-hit Netflix original series, has been revealed.

The parallel universe, referred to as the Upside Down, that terrorised the small town of Hawkins, Indiana, in Stranger Things, will bring the Demogorgon to Halloween Horror Nights to stalk  guests as they encounter iconic scenes, characters and environments from the series.

Working collaboratively with Netflix, along with the creators and executive producers of the series—Matt Duffer, Ross Duffer and Shawn Levy, the mazes will be designed to transport guests into authentic scenes and storylines. From the Hawkins National Laboratory, under the U.S. Department of Energy, to the Byers home adorned with a display of flashing Christmas lights, and the eerie Down woods oozing a shower of floating spores; the new mazes will offer twists and unexpected turns around every corner.

Universal Studios’ Halloween Horror Nights has run for more than 25 years, inviting guests to become victims inside their own horror film. Multiple mazes based on  horror television shows, films and original stories come to life, while the streets of each park’s event are transformed into highly-themed scare zones with scare-actors lunging from every darkened corner.