This year Universal Orlando will debut more new entertainment than during any other year in its history.

Beginning this February is a new show from the Blue Man Group within the CityWalk entertainment district. Fresh elements include the Blue Men interacting with “GiPads”, a funny and insightful look at contemporary communication vehicles, and a pulsating new finale with an original music score. 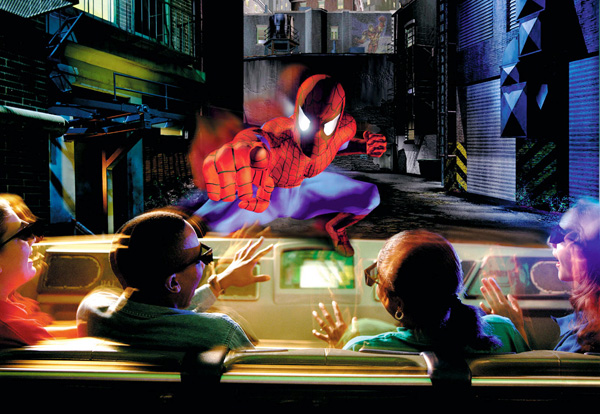 The Amazing Adventures of Spider-Man (pictured above) reopens in March at Islands of Adventure. It will feature all-new, 4K digital high-definition animation, high tech 3D glasses and upgrades to the set, audio and lighting. The re-animation of the ride film will include a new level of detail and a cameo by legendary comic book icon and Spider-Man co-creator, Stan Lee. 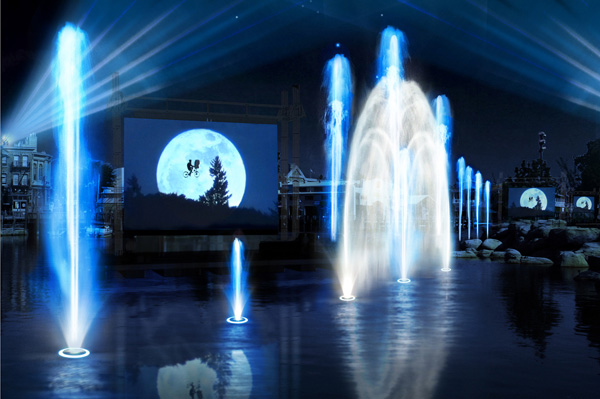 Also opening spring at Universal Studios will be Cinematic Spectacular: 100 Years of Movie Memories (above) Narrated by Morgan Freeman, this nightly multimedia spectacular will celebrate the most powerful and emotional moments from Universal Pictures’ most iconic films. Performed on waterfall screens within the park’s lagoon, the show will be surrounded by colourful fountains and pyrotechnics. 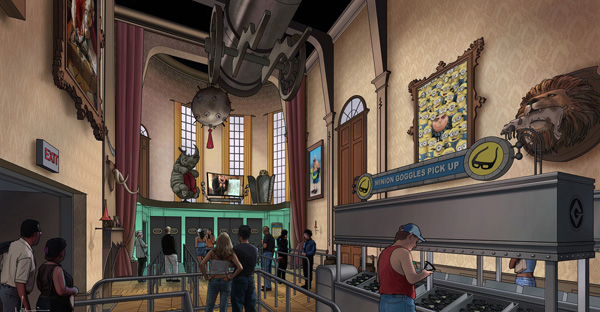 Replacing Jimmy Neutron’s Nicktoon Blast simulator, Despicable Me Minion Mayhem (above) is a new 3D adventure opeing during the summer at Universal Studios. 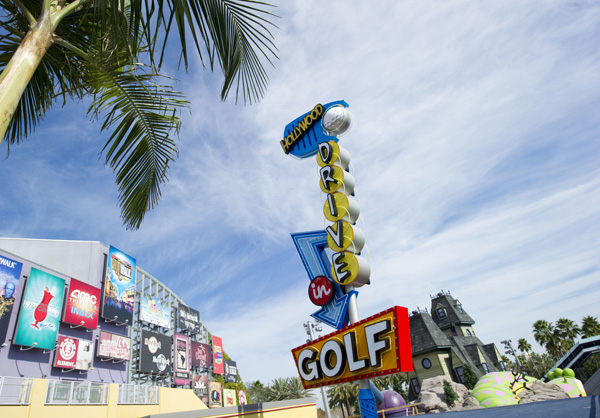