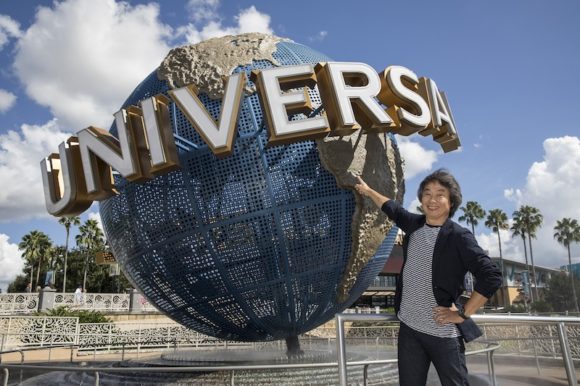 Some of the most loved Nintendo characters and worlds are set to jump out of the computer screen and into the theme park when Universal unveils three new realms over the coming years at its properties in the USA and Japan.

Guests at Universal Studios Hollywood, Universal Orlando (park to be confirmed) and Universal Studios Japan are promised themed environments filled with “iconic Nintendo excitement, gameplay, heroes and villains. Imagine the fun of stepping into a larger-than-life Nintendo adventure. Gigantic Piranha Plants spring to life. Question blocks, power-ups and more surround you. And Mario and all his friends are there to pull you into a brand-new world.”

Each Universal park will announce details of its specific Nintendo areas in due course, but each will include highly themed and authentic environments filled with multiple attractions, shops and restaurants.

“Guests will feel as if they are playing inside their favourite games,” we are told. “There will be something for everyone – regardless of their age or gaming experience level.”

Planning and creative work is apparently already well underway, and each area will open separately over the next few years.

I’m Dreaming of a Frosted Christmas