The first Lego-themed underwater ride in the world will open this summer at Legoland Windsor near London.

Families will be taken on a marine voyage through a 1-million-litre ocean tank inside custom-built Lego-themed submarines, each holding up to 14 people. During the ride they will encounter over 50 species of rare sharks, rays and tropical fish and almost 100 Lego models designed to bring Atlantis to life.

The new attraction is expected to create over 50 jobs for the Windsor theme park, with three specialist jobs for the aquarium; one displays curator and two aquarists, working with colleagues from Merlin’s Sea Life attractions. Regular research projects will be carried out and education programmes offered.

“This is Legoland Windsor’s biggest investment ever by the Merlin Entertainments Group and testament to the continued success of the park,” notes division director Sue Kemp. “Atlantis Submarine Voyage represents a unique partnering of a Legoland park with Sea Life, Merlin’s global number one aquarium brand and will offer families something they’ve never seen before.”

Legoland Windsor opens its gates on April 1, kicking off a 15th anniversary season that will also include a Lego Star Wars laser show over the Easter holidays. In March 2012, the park’s very own hotel opens (pictured below), a 150-room property on the edge of the park. 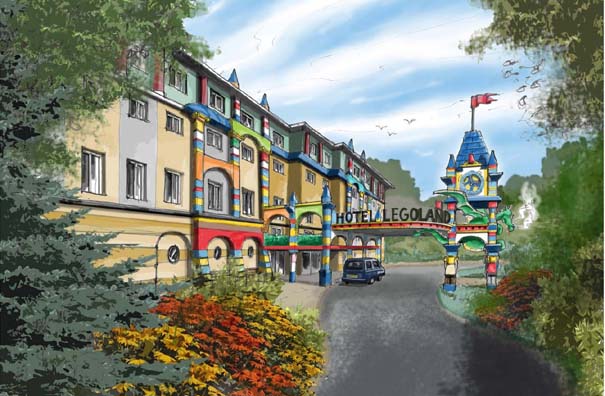