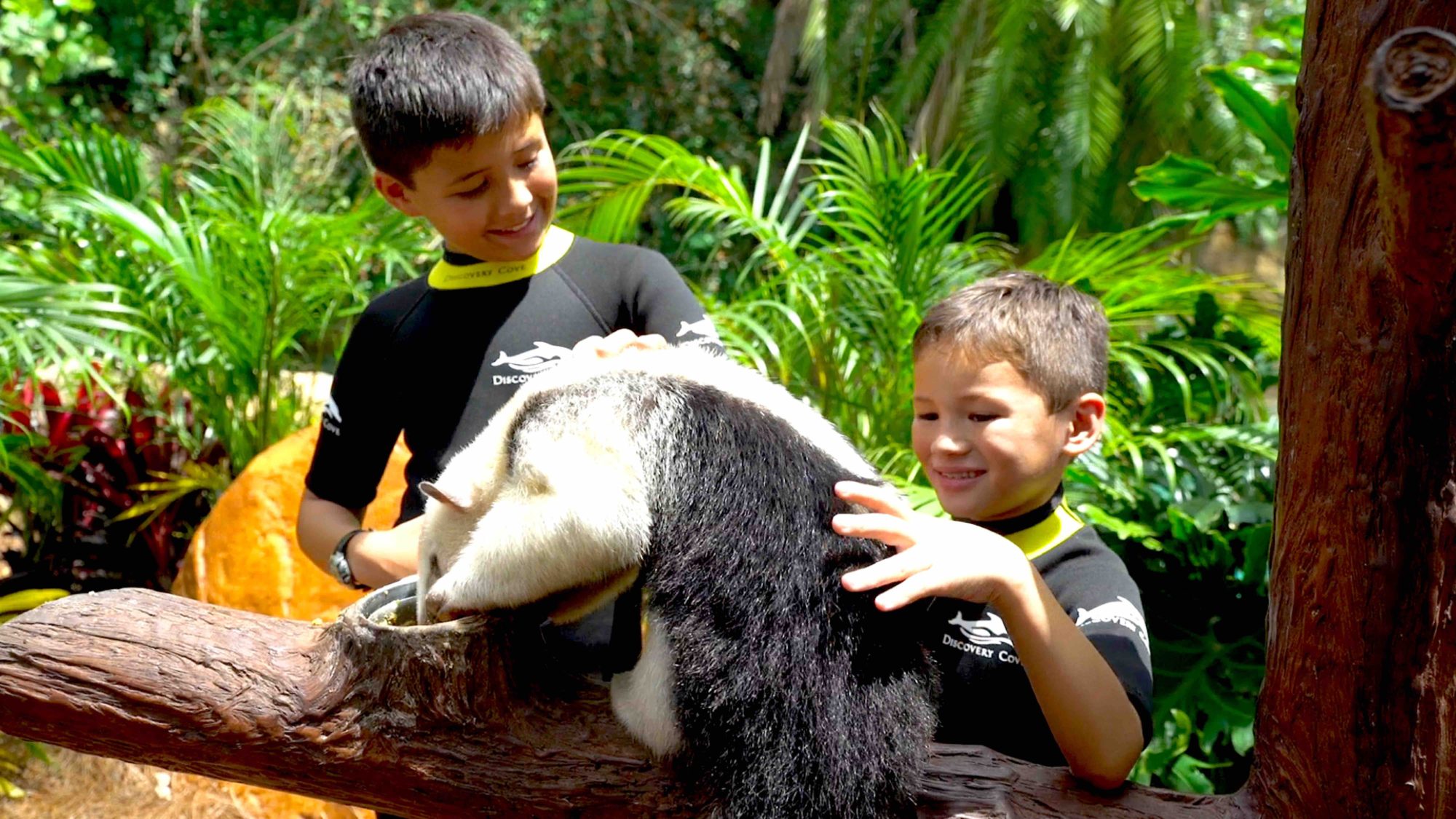 Thanks to the introduction of new Relaxation Massages, a day at Discovery Cove, Orlando, Florida, is even more tranquil. The park’s new Animal Trek program gives guests the chance to explore behind the scenes and get to know Discovery Cove’s animal residents even better – and both new programs have debuted in time for the summer travel season.

Guests of the new Oasis Spa’s cabana, which overlooks the waters of the park’s Freshwater Oasis, can indulge in a 25 or 50 minute massage performed by a licensed therapist. The tranquil sounds of nature only add to the experience, and solo and couple’s massages are available to guests ages 18 and older. Massages here are done with a special jojoba oil that has a similar pH to human skin and is non-allergenic and animal-friendly.

To get a better understanding of many of the animal residents, guests ages 6 and older can join a 9o-minute Animal Trek tour with Discovery Cove experts, who take participants behind the scenes to interact with many of the park’s birds and small mammals.

The new experience includes a private tour of the Explorer’s Aviary to feed and handle birds, and a viewing opportunity in the Freshwater Oasis, where participants have a special experience with the park’s family of playful otters. Each tour also includes the possibility of interacting with an anteater and a sloth, two of the park’s most popular small mammals. Woven into the experience are need-to-know facts about the risks of illegal exotic pet trade, bird longevity, and the Species Survival Plan.

The Animal Trek is among the new experiences Discovery Cove has introduced in response to guests’ requests for more interaction with animals. Last summer the park introduced Ray Feeding and Shark Swim programs, giving guests the opportunity to spend time in the water with some of the world’s most misunderstood sea creatures. Discovery Cove donates 5 percent of the proceeds from Shark Swim to the Guy Harvey Ocean Foundation, which conducts scientific research and hosts educational programs aimed at conserving the marine environment.