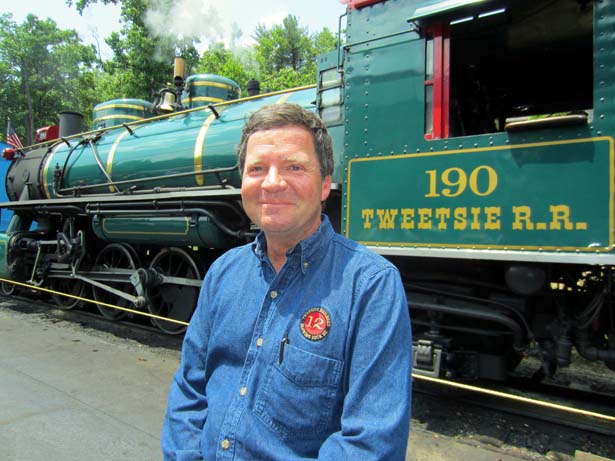 Guests enter onto Main Street, then can wander to explore Tweetsie Junction, The Hacienda, Country Fair and Miner’s Mountain. Many choose to hop aboard the train for a scenic three-mile ride through the mountains. They can also spend the day walking the streets of a turn-of-the-century town, learning about the lives of cowboys, Indians and craftsmen of the past, or take a scenic chair lift ride to Miner’s Mountain and pan for gold.

“Tweetsie Railroad is old-fashioned and low-tech,” promises the park’s president and CEO, Chris Robbins. “But it is also clean, accessible to kids, uncrowded, highly interactive and just plain fun. It is designed primarily for families with young children. We build an immersive world for kids, where they can use their imaginations to become a Wild West character and enjoy attractions designed just for them.”

The name “Tweetsie” was given to the railroad by local folks who became accustomed to the shrill “tweet, tweet” train whistles that echoed through the hills. The name stuck, and the train was known as Tweetsie ever since.

In an era of large, corporate-owned theme parks, family-owned Tweetsie Railroad continues to thrive. “We don’t try to compete with the large theme parks,” admits Robbins. “We have a market niche that we’ve perfected over 55 seasons of operation. Tweetsie’s dedicated staff understands our mission, and constantly looks for ways to improve our operations. We are seeing our second, third and even fourth generation of visitors.”

The park’s primary catchment area is the Carolinas, but Florida is also a major market too. In a typical season the park hosts 200,000 to 250,000 guests over approximately 135 operating days. The location in the scenic, cool Blue Ridge Mountains makes it a popular summer destination.

“Our competition includes other family attractions, of course; but the biggest competitors are organised sports that take so much of families’ free time and disposable income,” notes Robbins. “Other competition includes the encroaching school schedule, ‘staycations,’ and the vast multitude of entertainment products that vie for the attention of today’s Americans.” 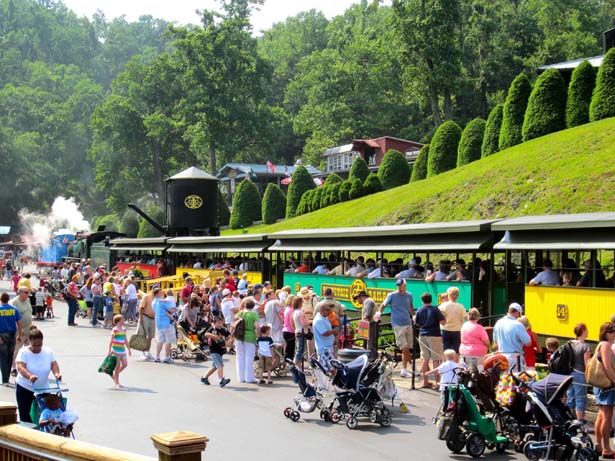 Tweetsie Railroad has historical significance, since the theme park was descended from a railroad that served the Boone-Blowing Rock area. The East Tennessee and Western North Carolina Railroad (ET&WNC) ceased narrow gauge operations in 1950, but its only surviving steam engine was bought six years later by local entrepreneur Grover Robbins (Chris Robbins’ uncle). A 3-mile loop of track was constructed for the train to run on and on July 4, 1957, the locomotive made its first public trip over the line.

Tweetsie Railroad became a popular tourist attraction, and evolved into one of the USA’s first theme parks. A western town and saloon were built around the original depot area, and a train robbery and Indian attack show added to the train ride. In 1962, a chairlift and amusement ride area was constructed on the mountain inside the rail loop, and over the decades the park has been expanded. Tweetsie Railroad also operates a repair shop, where a skilled crew preserves a lost art as they repair and restore steam locomotives for other theme parks and museums.

Grover, working together with his brother Harry (Chris’ father) and Spencer Robbins, were viewed as pioneers and visionaries in tourism and resort development, and Spencer is still active today in one of the family’s resort real estate businesses,

In 1961, Grover built another train ride together with a Civil War themed park called Rebel Railroad in the Smoky Mountains near Pigeon Forge, Tennessee. Renamed Goldrush Junction in 1966, it was sold to the Cleveland Browns football team in 1970. In 1976, the attraction was sold again to Jack and Pete Herschend of Branson, Missouri, who redeveloped it as a theme park, Silver Dollar City Tennessee. In 1986, country music star Dolly Parton became part owner with the Herschends, and the theme park was renamed Dollywood. The rest is history, although this was not the only park created by the Robbins brothers. In 1970 they created a theme park called Land of Oz on Beech Mountain, North Carolina, which operated for 10 years.

Tweetwise Railroad reopens for the 2012 season on April 13. Robbins reveals what the future holds for Tweetsie Railroad. “We have plans to expand the park into new sections, add new family rides and enhance and improve some of our older park attractions. We will never be a large park, but the pursuit of perfecting our product will never end.” 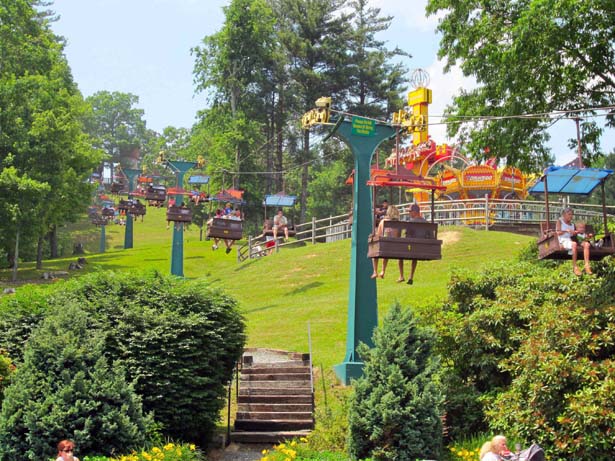 The park’s almost all-American selection of rides and attractions includes the following: