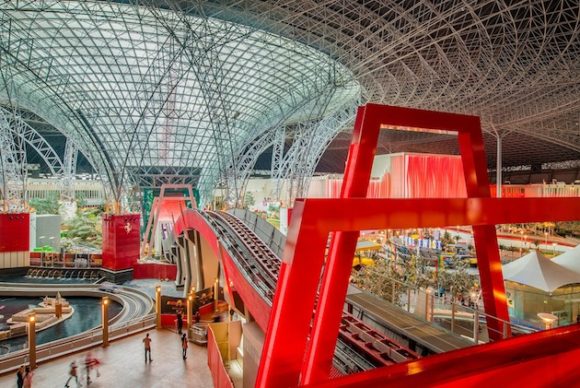 A fresh rollercoaster was due to open on March 29 as part of an ongoing upgrade of the indoor UAE theme park dedicated to all things Ferrari.

Turbo Track, an Intamin shuttle coaster, features 180-metres of track stretching from the inside of Ferrari World and out through a glass roof, reaching 62m above the park’s iconic building. Riders will reach a top speed of approximately 102km/h as they surge along a curving track. Following later in the year will be Mission Ferrari, a highly anticipated SFX Coaster from Dynamic Attractions featuring multiple launch sequences.

Opened in 2010 with 24 rides and attractions, FWAD will welcome a further 19 over the coming years as Miral seeks to increase park capacity by 40%. Last year, as part of a phase II development, the record-breaking Flying Aces looping coaster and Beno’s Great Race interactive dark ride were added to the line-up. A further two “additional thrilling experiences” are promised during 2017. 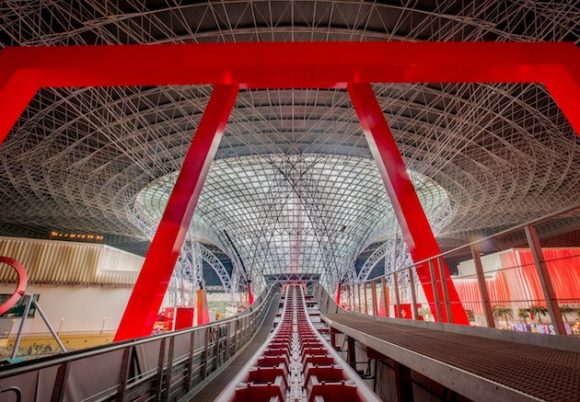 “Ferrari World is already one of the most immersive, iconic and unique theme park destinations in the world with five signature rollercoasters all under one roof,” notes Miral CEO Mohammed Al Zaabi. “The completion of phase two is significant; it further demonstrates Miral’s commitment to making Yas Island a global tourism destination. Phase three will see the visitor experience evolve once more.”

In December, Miral confirmed that SeaWorld Parks & Entertainment would be developing its first marine theme park outside the United States. SeaWorld Abu Dhabi, which will open at Yas Island in 2022, will be the first SeaWorld developed without orca whales, and will integrate up-close animal experiences and mega attractions with a world class aquarium and the UAE’s first dedicated marine life research, rescue, rehabilitation and return centre. 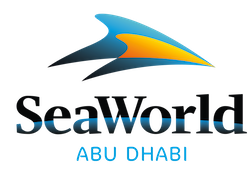 Opening in 2018 at Yas Island will be both Warner Bros World Abu Dhabi, a movie park with a large indoor component, and Clymb, an architecturally-bold building housing what is billed as “the world’s wildest flight chamber” and tallest indoor climbing wall. 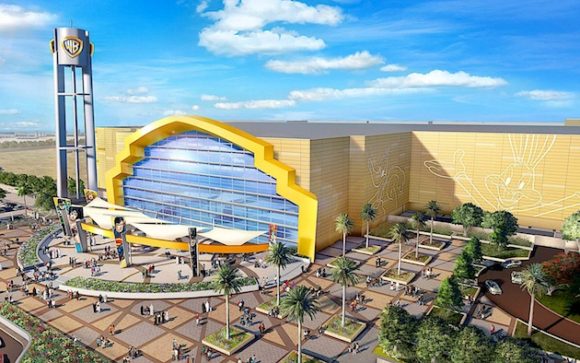