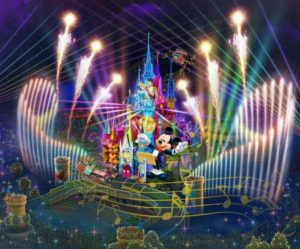 CEO Toshio Kagami has confirmed that Tokyo Disney Resort operator Oriental Land Co. will proceed with plans to expand the park. During the 35th anniversary of the park on April 15 it was revealed that expansion plans are underway, with an aim to increase visitor numbers and reduce congestion, though exact details on when the developments will get underway are as yet unknown.

2019 will see the a project to turn an existing ground-level parking lot into a multistory car park tower come to completion, freeing up land for new installations to be added and paving the way for the expansion project in Tokyo Disneyland and Tokyo DisneySea.

Tokyo Disney Resort is due to see more attractions arrive over the years, including “Soarin’” which will open at Tokyo DisneySea in 2019, and a Beauty and the Beast themed attraction coming to Tokyo Disneyland in 2020.