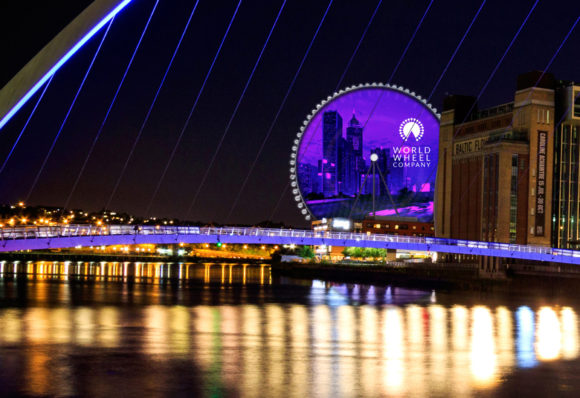 A world-record breaking observation wheel is in the works for Newcastle as part of a project that would see more than £100m invested in the city and up to 550 jobs created. Dubbed ‘The Whey Aye’, the wheel will stand five metres taller than the London Eye.

A 10,000 square-metre LED digital screen will serve as the wheel’s centre piece, a record breaking installation that will be used to communicate information about local culture and events as well as social media content and advertising.

Commenting on the plans, Alan Shearer said: “I think it would be great news for Newcastle. It’s just what the city needs. A new iconic attraction that celebrates our rich history and culture, while creating jobs and income for the people. A development like this would have my full support.”

Graham Wylie said: “‘Should this new development get planning approval, it will deliver a new iconic landmark for the City and any project that delivers real job opportunities of this scale, regenerates a disused part of the Quayside and generates income to the city has to be a good idea. This is potentially great news for Newcastle.” 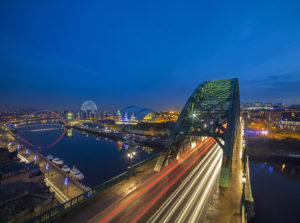 It is proposed that the wheel is built at the east end of the Quayside on the location of the former Spillers’ Flour Mill, which was demolished in 2011 and has lain vacant since.

The plans include a pedestrianised experience featuring premium bars and restaurants and a 9,000 square-metre visitor attraction called Giants of the North Experience. Featuring virtual mixed reality and interactive technology, the attraction will hail the achievements of the region’s famous creative and sporting individuals, and the collective giants of North East industry including ship builders and the mining community.

A detailed planning application relating to the wheel and visitor attractions is due to be submitted to Newcastle City Council later this year by World Wheel Company. 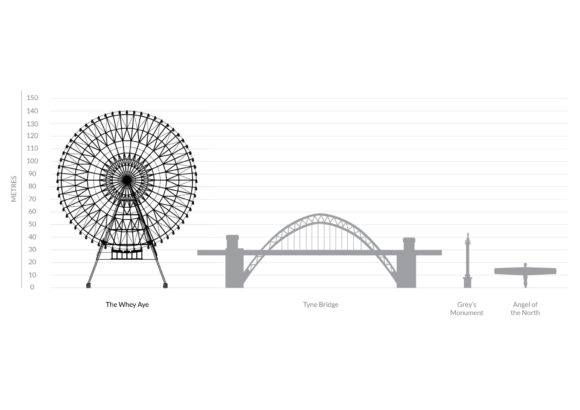