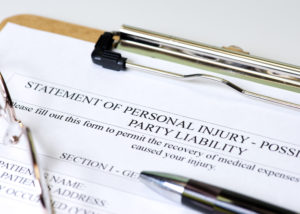 Last year, the government changed the Ogden table rate – and at a first glance this would seem to have little to do with the life of a showman, but this single decision is having massive implications on court awards. This means that the current limits of liability on Public and Employers liability insurance policies are no longer enough.

The Ogden rate forms part of the calculation for funding future losses in personal injury and fatal accident cases. When courts assess compensation awards and how much interest the money awarded will earn when invested, they take into account the Ogden or ‘discount’ rate. Until recently, the Ogden rate would significantly reduce lump sum awards made by people claiming off Showman – and all other businesses in the UK.

The Ogden rate was set in 2001 at a rate of 2.5%. This was to allow for the fact that, at that time, lump sums invested in relatively risk-free instruments – such as UK government gilts – were running at around 2.5% higher than inflation. Since then, interest rates have reduced significantly. Campaigners such as the Association of Personal Injury Lawyers have argued that the rate needed adjusting as it assumed that claimants were able to achieve better returns on a lump sum settlement than was the case. They argued that claimants would eventually run out of money.

The government has now reduced the rate to minus 0.75% from the previous level of 2.5%. The lower the rate the larger the court award, and a minus-number means the lump sum will get loaded rather than discounted. This will massively increase the overall cost of claims and is already prompting premiums to rise on motor and casualty insurance. These increases coincide with an increase in Insurance Premium Tax, which, along with other factors, is threatening a hardening of the market as these corrections bite. The following illustrates the affect to a final claim calculation for a serious personal injury claim.

Park Insurance has been a specialist broker for the Showmen for over twenty years and only places insurance covers with UK regulated companies who have large capital and who have the resources to underwrite liability limits of £20m or higher.