The Magical World of Russia 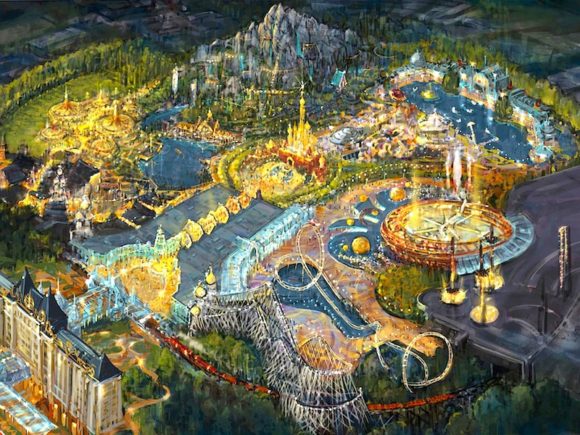 Russian authorities have given the green light to the Moschanko Investment Group’s (MIG) planned $4 billion (€3.6bn) theme park development between Moscow and Kaluga.

According to designer Gary Goddard, The Magical World of Russia will be a destination resort reflecting Russian and other international cultures at “a level of quality that is equal to the best theme parks in the world today.” As well as a theme park, the project is also expected to include the world’s largest waterpark and a number of hotels.

Russian president Vladimir Putin officially endorsed this project during a meeting in June with the Kaluga region’s governor, Anatoly Artamonov. The Kaluga region has allocated 220 hectares (544 acres) of land for the development, which will benefit from good highway, railway and airport links. Funded by private investors including the Los Angeles-based MIG, no direct state funding is anticipated.

President Putin apparently gave his support “with pleasure,” according to a transcript of his June 9 meeting with Artamonov. Initial plans for The Magical World of Russia were announced back in 2012 but had, at that time, a different theme and a lower projected investment of approximately $260 million (€231m).

“I am happy to see my long-held dream of a true theme park and resort for Russia finally becoming a reality,” says Gene Moshkovich, founder of Moschanko Investment Group and leader of the consortium tasked with developing and managing the project.

“I am very pleased to see that Gene has moved this project forward and that he and his partner, Jonathan Zilli, have forged ahead to make it happen,” adds Gary Goddard, founder and chairman of The Goddard Group. “We are striving to create not just a theme park, but a true destination resort that will be unique to Russia and the world.”