A new children’s entertainment concept has been launched, and it’s not for couch potatoes. Launching initially as a series of books and then a visitor attraction, Timbalaya’s creators (or “guardians”) are looking for potential franchisees.

The new intellectual property (IP) is based around the stories of young Harvard graduate Georgina Parfitt, whose tales have been visualised by the British illustrator Louise Prentice. Set within the village of Wishing, a place where dreams are made and wishes come true, there are adventures, good and bad, dark and light, giving endless opportunities for imaginative play.

Each Timbalaya park will feature scenes from the books including Spangle Stargazer’s Observatory, the Wishing Tree and Midmost Lake. There will be structures to climb up, through and over, areas of water, forests, towers, castles, mazes and quirky enchanting houses. 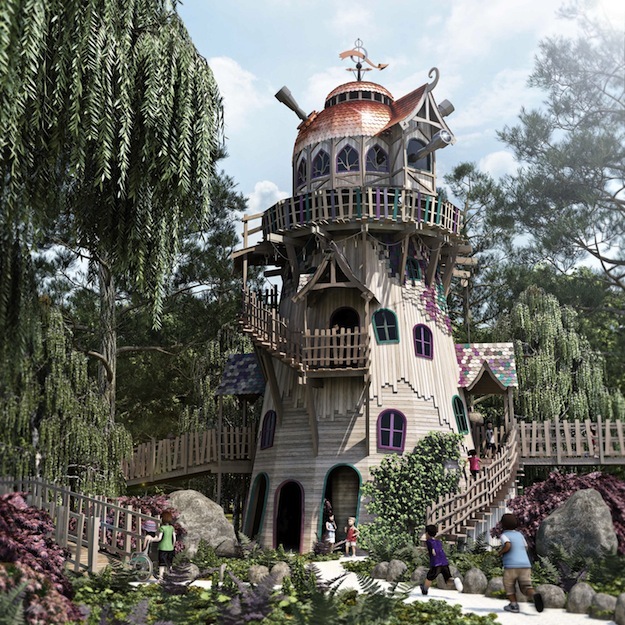 “Every part of the Timbalaya experience has depth,” says guardian Nick Farmer. “Play structures appeal to all ages and physical abilities. Challenging riddles, clue trails and appealing characters demand families to join in the adventure play around the water, laugh, and participate in the shows and live happenings. We spotted a niche for adventurous outdoor play; the kind of play couch potatoes don’t do. It’s all about discovery of the outdoors and the natural environment and it bucks a trend for everything on a device – a tablet or smartphone.”

You may already know some of the team behind Timbalaya. Nick Farmer is founder of Farmer Attraction Development and a former TEA (Themed Entertainment Association) president, Simon Egan of CAPCO helped create the award-winning and not dissimilar UK attraction Bewilderwood, while Rosalind Johnson and Sylvia Matiko represent the consulting firm A Different View, which aims to assist potential Timbalaya operators with feasibility studies and other advice. Matiko is also a former vice-president of franchise operations for Ripley Entertainment, and has persuaded the company’s former president Bob Masterson to join as a non-executive director. 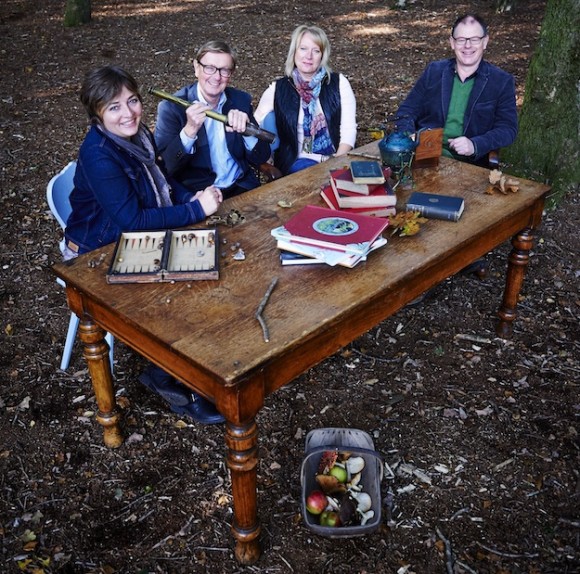 “Timbalaya is a great business model,” says Masterson. “The people behind it are experienced global players and understand the numbers. There’s a really good ROI. It is also a cash business; the costs are front loaded with no constant reinvestment of capital like a theme park where items like rollercoasters need maintenance, re-painting etc. “Here there is little deterioration, in fact, the attraction improves with age. Nature takes care of it.”

“The types of franchisees we are looking for are trusted operators of certain size, who maybe would like to operate Timbalaya as a second gate attraction,” says guardian Simon Egan. “If you’ve got a wooded environment nearby you’re halfway there; it’s free landscaping.” 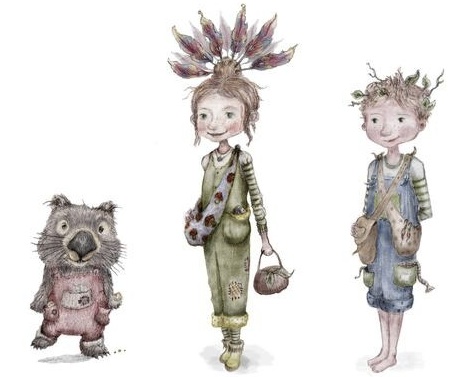 The three central characters as illustrated by Louise Prentice

So, if you’ve got the land and the trees, a Timbalya could be yours for around $5 million. Built on a turnkey basis, the first outlets could be operational as soon as 2017, and the first books will be published ahead of that regardless. Each operator would be granted exclusivity over a certain radius, perhaps a three hour drive time. After initial talks, the first outlets look likely to be in North America and Europe. Every Timbalaya will be unique to its location. “This is aesthesis of cookie cutter,” smiles Egan.

The target market is families with children aged under 11 years. But what to do when kids grow out of it? “It doesn’t matter,” explains Egan, “because there are always going to be new kids come along of the right age. But we will create repeatability via the introduction of new stories, and we fully anticipate members seeking out other Timbalaya attractions wherever they go.”

If you’ve ever visited Bewilderwood, been impressed by the concept and wished you could operate one too, here’s your next best (or perhaps superior?) opportunity.

The Giant – towering soon over a city near you?