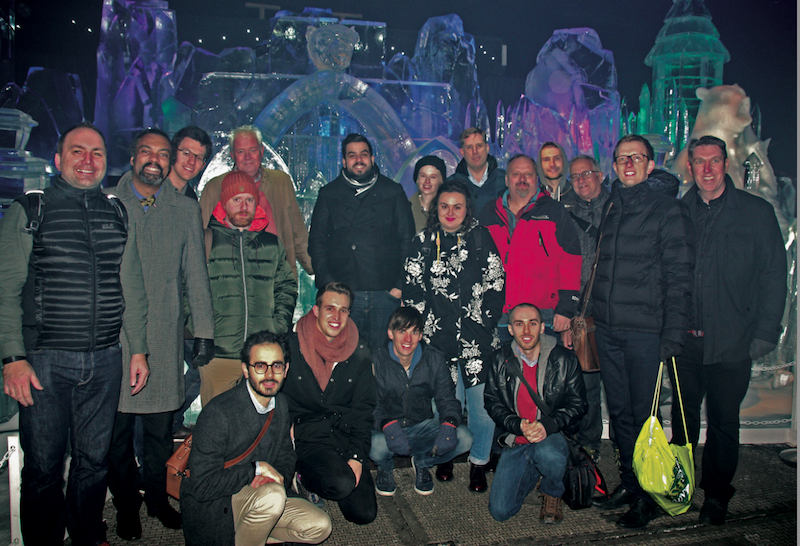 Following the spring 2015 tour to The View from The Shard, London Palladium and Making of Harry Potter, the EME (Europe and Middle East) division of the TEA (Themed Entertainment Association) paid a pre-Christmas visit to three more attractions in the British capital. 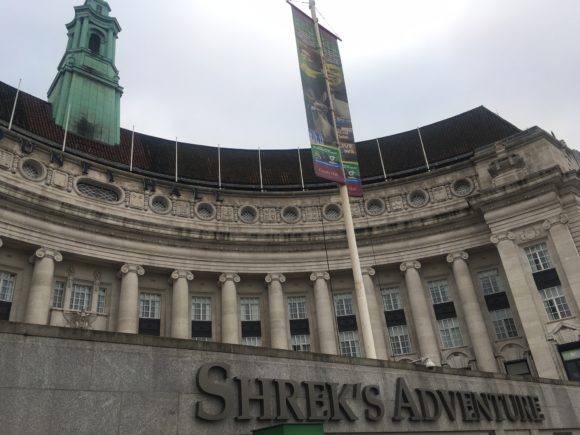 Billed as a “London Day Out”, the networking event on Thursday, December 15, attracted just over 40 TEA members and EME board members, and began with a mid-morning rendezvous outside County Hall on the South Bank. This imposing building, just footsteps from the London Eye, now hosts a cluster of attractions from Merlin Entertainments including the London Sea Life Aquarium, London Dungeon and most recent addition, Shrek’s Adventure! – the subject of the morning’s visit. Split into two and in a tour lasting more than an hour, the group enjoyed a series of humorous actor-led scenes in a similar (but less gruesome) fashion to Merlin’s tried-and-tested Dungeon attractions, together with a 3D bus tour and meeting with the big green ogre himself. Developed as part of Merlin’s ongoing relationship with DreamWorks, Shrek’s Adventure is currently the only ‘midway’ attraction of its kind, and an obvious draw for the many tourists that throng the South Bank. 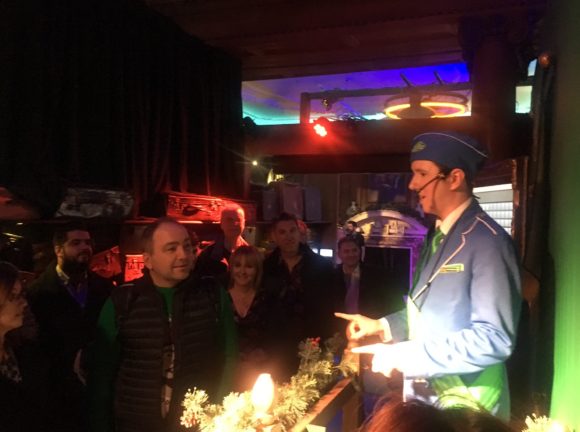 An actor gets the tour underway at Shrek’s Adventure

From County Hall it was a 15 minute walk over to the Imperial War Museum, where Day Out delegates were welcomed with coffee, tea and some very nice cakes before heading off to explore the special exhibition Real to Reel: A Century of War Movies, a reminder of just how compelling some of those classic films are. They were then free to head off and check out permanent collections including the First World War Galleries. Moving stuff. 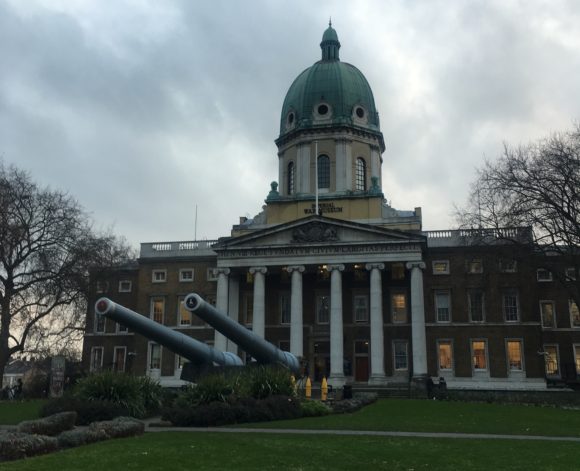 Unlike last May’s get-together, the TEA didn’t have the luxury of a double decker bus for the day to transport guests around the capital, but fans of public transport (and even those who tolerate it) got the chance to hop on board a modern day London bus for the ride over Westminster Bridge and towards the final stop of the day: Winter Wonderland at Hyde Park. 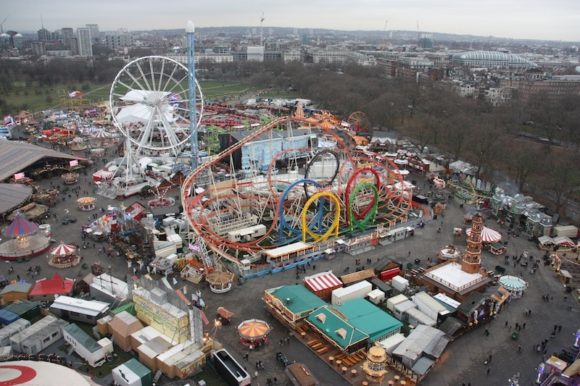 This mix of European fairground attractions, Christmas market, ice rink, ice sculptures, circus and other live entertainment – plus plenty of festive food and drink – has mushroomed over the past decade into an event so popular that in just six weeks it welcomes more visitors than any UK theme or amusement park attracts in an entire season. An informative talk and tour by Suzy Griffiths of organiser PWR Events was followed by an evening in the Bavarian Village, where TEA members enjoyed the festive spirits (beer and Glühwein were also available). 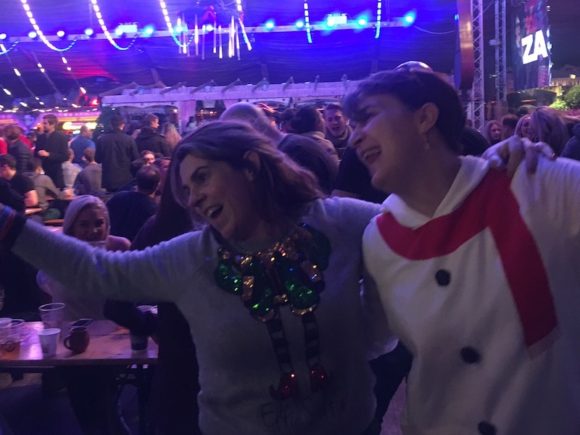 Getting in the festive spirit in the Bavarian Village, at Winter Wonderland

More themed entertainment with a winter flavour, together with a full programme of education, will be provided by TEA in February, when the EME division stages a three-day SATE Academy at Santa Park in Finland, details here.

Phase one now open at Dubai Parks and Resorts