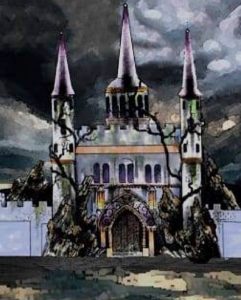 In May of 2018, Furuvik, an amusement park located north of Stockholm, will open the first interactive dark ride in Sweden. By investing over SEK 25 million ($3 million), and with the help of dark ride specialist Sally Corporation, the old dark ride Spökborgen (the Ghost Castle) is being completely transformed into a brand new interactive dark ride, with scary yet family friendly ghosts as shooting targets. The new attraction will be called Spökjakten, or the Ghost Hunt.

“It is very exciting that Furuvik will be the first amusement park in Sweden with an interactive dark ride,” noted Nina Tano, CEO at Furuvik. “Spökjakten will be a great new ride for all of our guests, young and old.”

The investment is part of the refurbishment of the amusement park, which began two years ago with new attractions such as the Vekoma Family Boomerang coaster Fireball, which opened this year.