Superman: Escape from Krypton, formerly Superman The Escape, now features new cars reversing the direction of travel. The Intamin-built construction sends riders from 0-100mph (160km/h) in seven seconds as they shoot backwards up a 415ft (126-netres) L-shaped tower. The ride then leaves passengers hanging for several seconds of weightlessness before they plummet back to earth face first.

The new, sleeker-looking cars were supplied by IntaRide and travel along a repainted vibrant blue and red with a yellow track, and a giant Superman “S” shield at the top that can been seen for miles away. The ride’s two 14-seater vehicles are blasted from the loading station using state-of-the-art electro-magnetic motors.

Six Flags Magic Mountain is based in Valencia, California, less than an hour north of Los Angeles.

Pictured below: Superman The Escape before the revamp. 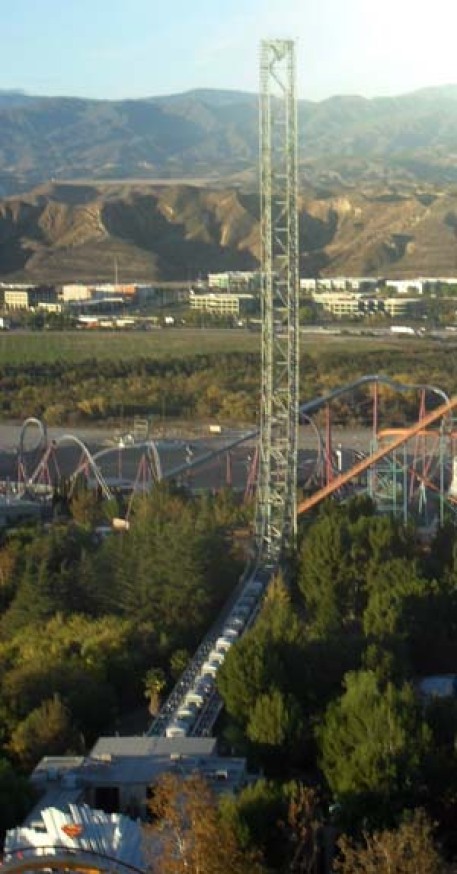