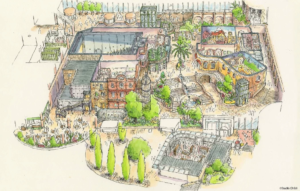 Central Japan’s regional government has announced plans for a theme park inspired by Hayao Miyazaki’s Oscar-winning animated films. Studio Ghibli, who also operate the Ghibli Museum in Tokyo, released a basic concept for the park which is due to be completed in 2022 near Nagoya in Japan’s Aichi region. 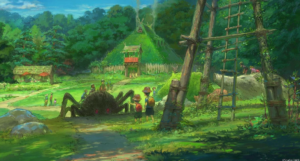 Miyazaki is the co-found of the Studio, which produced internationally renowned works including Princess Monoke, Spirited Away, and Howl’s Moving Castle. According to the Aichi government, the park will be built at the Expo 2005 Aichi Commemorative Park is Nagakute city and will feature rides and forest trails based on the movies, European-themed brick towers, and giant installations of spider and boar shaped spirits – all inspired by Myazaki’s stylised take on Japanese myths and legends.

Construction costs and further details are yet to be announced. 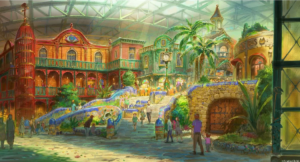