For one day only – Sunday 4 May – visitors to Bristol, England, were able to enjoy a “pop up” slide set up down one of the city’s hilly streets.

The 95m-long (300ft) water slide was installed on Park Street as part of Make Sunday Special and the Bristol Art Weekender. Described as, “a simple architectural intervention and a playful response to the urban landscape,” the project was the idea of artist Luke Jerram. With an incline of 6.5° degrees, riders slid at an average of 18km/h (just over 11mph). Almost 100,000 people signed up for their chance to secure a ‘ticket to slide’, however only 360 – one per minute – were lucky enough to be allocated a go via a random draw. Around 65,000 people are believed to have turned up on the day to watch. 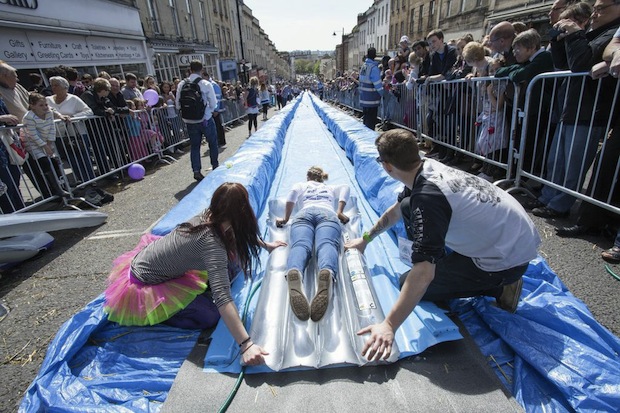 “This massive urban slide transformed the street and asked people to take a fresh look at the potential of their city and the possibilities for transformation,” notes Jerram. “Imagine if there were permanent slides right across cities?” 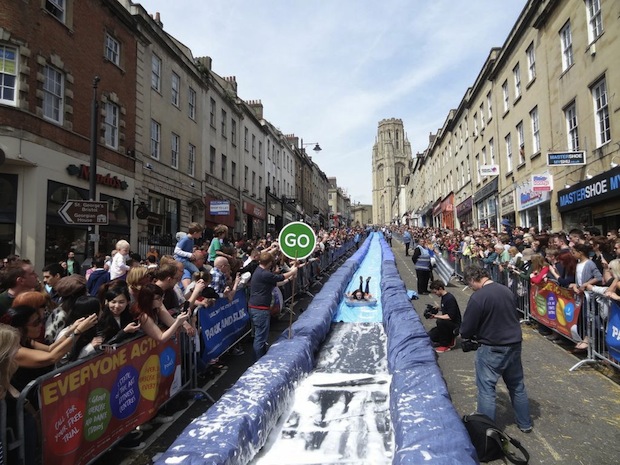 The artist turned down funding from potential corporate sponsors, in favour of local support and crowdfunding and is now offering a downloadable document for others interesting in creating their own slide, including advice on getting approval from city authorities. E-mail him for details: artwork@lukejerram.com. 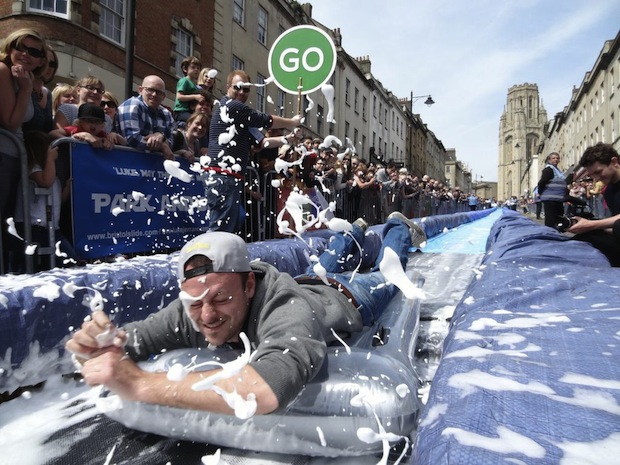