The world’s tallest Star Flyer is currrently taking shape at the Prater in Vienna.

Built by Funtime, the extreme attractions specialist, the construction replaces the firm’s original 72-metre ride installed in 2003, It is currently awaiting a clock tower as its centrepiece and, once completed, will stand 110-metres tall. During the ride, passengers will be lifted as high as 95 metres.

The ride is one of several attractions operated at the Prater by Funtime, and is expected to be operational next month (May). Previously the world’s tallest Star Flyer was Funtime’s 80-metre construction at Tivoli in Copenhagen. 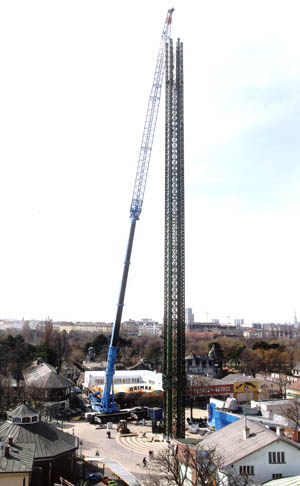