Following the lead set my Mack, several ride manufacturers are now producing their own versions of the Tea Cups on water. 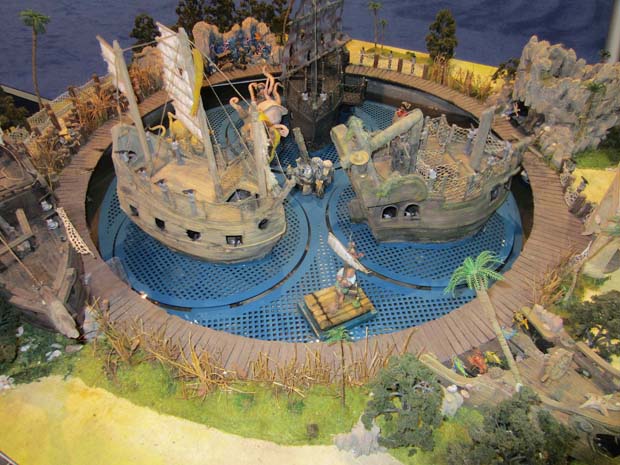 Mack Rides continues to evolve and be enhance its Twist ‘n’ Splash interactive water ride (as pictured above). “Our engineers optimised the drive system,” explains chief technical Günter Burger, the ride’s inventor. This new development allows Mack to present a Twist ‘n’ Splash with three huge boats rather than smaller spinning gondolas. The massive pirate ships accommodate a lot of space for many passengers on each of the two decks equipped with water guns. New versions of Twist ‘n’ Splash will open in 2013 at Etnaland in Sicily and La Ronde in Canada. 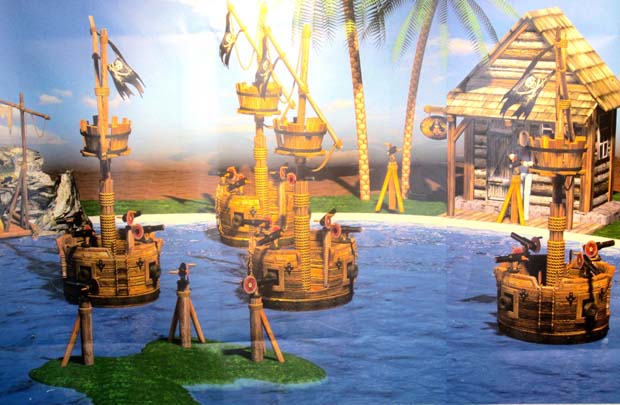 Moser’s Rides is having a go with a similar ride called Corsair Battle (as pictured above), available with one, two, three or six rings of vehicles, set in a pond of water. The first unit is already operational at Zoo Safaripark, Stuckenbrock, Germany. 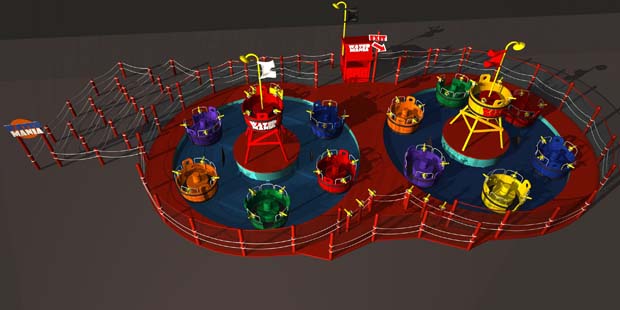 Zamperla has just announced plans for a ride called Water Mania. The first will be a double installation (as pictured) at the firm’s Luna Park presentation at Coney Island in New York, opening in May. The ride will feature a pirate theme with six four-seater spinning barrels on each of two rotating platforms, offering a total 48 passenger capacity. Each barrel will have its own motor, and riders will board from the outside of the platform without having to set foot in the water. The Mack version, on the other hand, features platforms that submerge beneath the water once the ride starts. 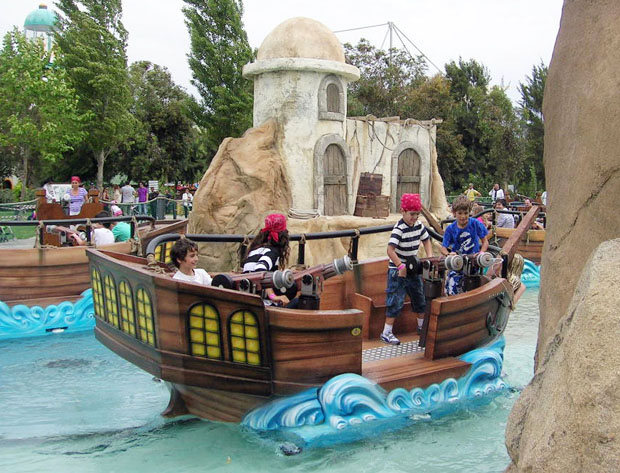 Meanwhile the original Splash Battle interactive water ride – on tracks rather than a spinning platform – continues to be a steady seller for Italian manufacturer Preston & Barbieri. P&B has secured three new orders for 2012, all in Europe. Developed in partnership with 3DBA, Splash Battle is available in a number of different themes and configurations. Pictured above is a Pirate-themed version delivered in summer 2012 to Zoomarine near Rome.