Guests at Universal Studios Japan are invited on a mission to save the sun. Replacing ET Adventure, and housed inside the same building, Space Fantasy – The Ride is a spinning coaster in the dark with an interstellar storyline.

Passengers are seated in four-seater solar shuttles, two shuttles per launch. They speed over a 585-metre course at up to 40 km/h, encountering three lifts during the ride. The ride features both controlled and free spinning sections, the latter varied according to the gravitational pull and the weight distribution of the riders. The ride system is provided by Mack Rides.

The storyline begins on planet Earth, which is shrouded in darkness. Realising that the power of humans is required to restore life into the sun, the Solar Princess Cosmia calls on guests for participation. En-route, travellers encounter frozen voids and dusty nebulae, navigating around stars, comets and the planet Saturn with its giant rings. 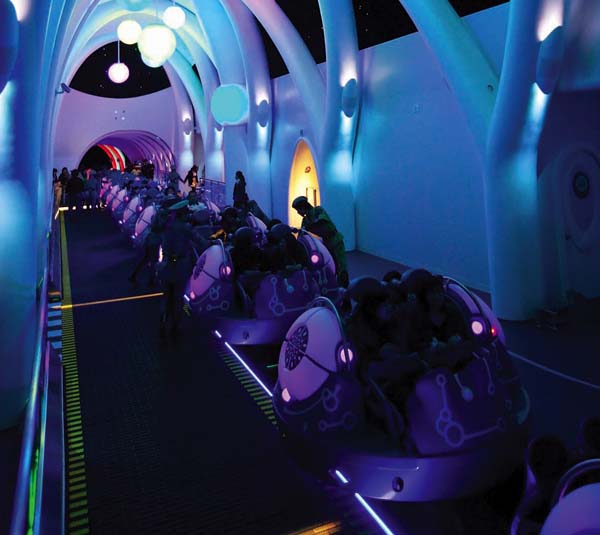 The solar shuttles eventually drift into a cluster of gigantic tumbling asteroids before being sucked into a cloud of billowing stardust. Riders are transported through the stardust to the orbit of Mercury where just beyond the first view of the dying sun is apparent. The solar shuttles then rocketing toward the sun as passengers fulfil their mission from Princess Cosmia and become heroes. 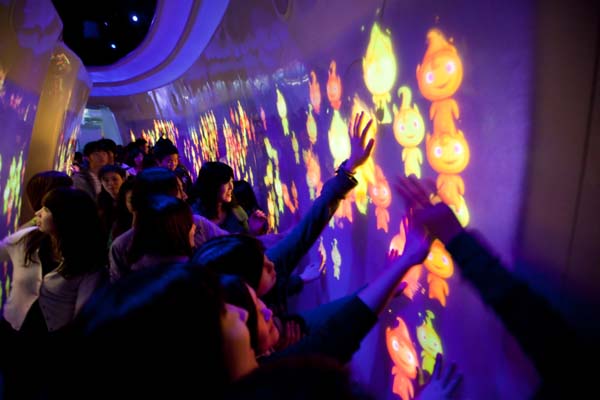