Tony Catanoso is the president and chief operating officer of New Jersey’s Atlantic Pier Amusements and Cape Entertainment. As the 2011 season gets underway, he talks to Park World.

Now 52, Tony also boasts interests in several other amusement, green energy and real estate businesses. After building and operating go-kart tracks, he, his brothers and two additional partners became park owners in 1993 after signing a lease with Donald Trump to takeover and re-develop the Steel Pier in Atlantic City. Drawing upon his experiences of operating family entertainment in a city famed for its gaming, Tony was due to speak recently at a tourism conference in the Chinese province of Anhui.

What’s the current status of your lease with the Trump organisation?

Up until last year, I often said jokingly that we were in the 19th year of a two-year lease. But last September, we signed an extension on our current lease so we are excited to say that Steel Pier will be here for six more years. This longer term lease will allow us to be able to do some planning for the first time.

What is the biggest threat to your business right now and how will you overcome this?

The biggest threat to our business is two-fold: The combination of an economy that is still rebounding as well as soaring gas prices. We have an additional caveat in Atlantic City because there is also a slumping casino industry and how Atlantic City repositions itself has a direct effect on Steel Pier’s ability to attract visitors. We are constantly trying to upgrade the park and offer sale incentives to overcome gas prices. We rely heavily on our marketing efforts as well as partnerships with other Atlantic City businesses, including the casino industry. This year we will receive some assistance from Governor Chris Christie’s initiative to rebrand Atlantic City and accentuate what the non-casino attractions have to offer.

What unique challenges are there for operators along the Jersey Shore?

I don’t think our challenges are unique. As I discussed, along with all amusement parks, we face a sluggish economy and high gas prices. Labour issues always remain a challenge. We do face stiff competition from other destinations that may offer inclusive packages and inexpensive deals.

What does the US expansion of European groups such as Merlin and Parques Reunidos (Palace Entertainment) mean for independent operators like yourself?

When these bigger companies come in and take some of the private or family-owned establishments and consolidate them into larger regional facilities, it presents more fierce competition. However, no matter how powerful they become, there will always be a place for the smaller family-run venues. 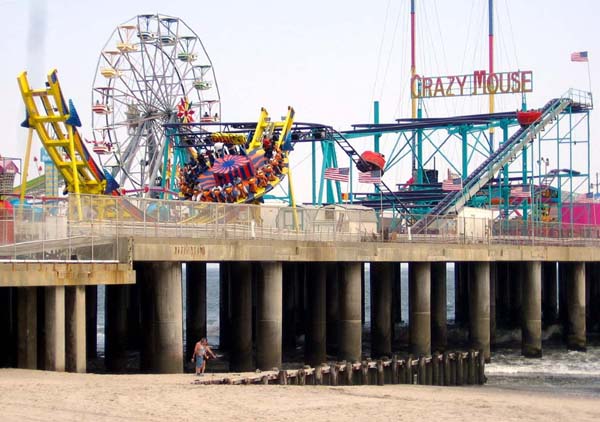 Ever been tempted to sell?

We’ve never had anything to sell because we have always had a short-term lease. We could potentially have something to sell now, but it’s not something we would consider at this time.

This year we are concentrating on bringing some different food and retail items to the pier. We’ve taken some time to work on rebranding, including a new logo and implementing some additional marketing efforts. We have no plans to add new rides this year; last year we added two new rides – the Monster Plunge and Chopper Train.

You are planning to add wind-powered generators to the pier. Why?

We took the initiative to get the law changed in New Jersey to allow wind turbines on piers. We were successful and Governor Christie signed it into law last November. We plan on starting with three 100kw turbines, with the first one being erected this fall. These turbines will provide us with a few opportunities: They will allow us to be carbon neutral. We will build an education centre to help promote and raise awareness about renewable energy. This will attract broader group business. We are hoping that once they are installed we will eliminate our electrical costs and that will be a significant savings. Finally, they will be a great attraction at Steel Pier being the first amusement park in the country to feature wind turbines. 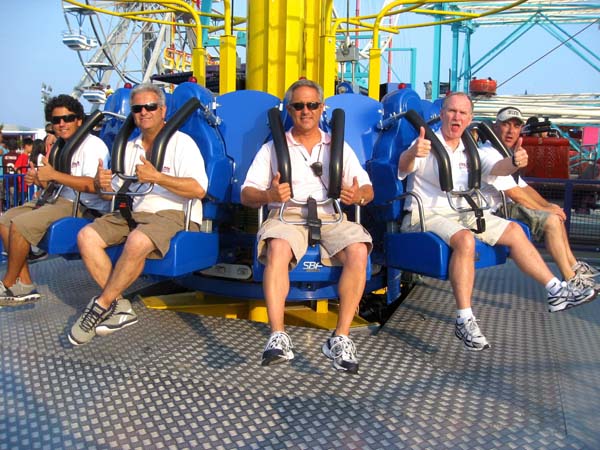