Disney’s Soarin’ Over California large screen motion simulator has inspired no fewer than three established ride manufacturers (that we know of) to offer similar attractions.

The Movie Base Flying Theatre from Huss Park Attractions (pictured above) pairs three sets of ride vehicles with a domed screen and 2D film content to offer passengers an immersive flight experience. Three 10-seater benches are grouped together in each set, switching from a horizontal to vertical position during the ride as they move in synchronisation with the film. A total of three ride vehicles are used, offering a total capacity of 90. Media is provided by Super 78 of California, with digital playback courtesy of Electrosonic. The first unit is pictured here during tests at OCT’s Window of the World park in Shenzhen, China, where it features “Flying Over America” film content. A second will open at Happy Valley Shanghai, featuring “Flying Over China.”

When it opens this summer, E-DA World in Taiwan will feature an attraction called Fly Over Taiwan, the first I-Ride panoramic flight simulator (pictured below) by Taiwan’s Brogent Technologies in partnership with Vekoma Rides Manufacturing. Comprising a spherical screen, projection system and nine moveable platform units seating 72 passengers, each eight-seater platform offers a bird’s-eye view of flight, featuring six degrees of freedom. The operator may control each of nine modules separately depending on the number of passengers. Above the seats are canopies serving as mounting bases for 4D effects as well as isolating guests from adjacent riders above or below. 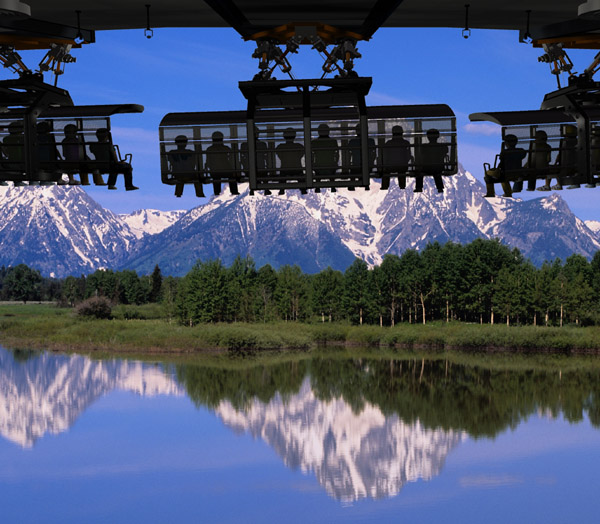 Also offering its own take on the Soarin’ concept is Mondial from Holland. Its ride vehicle offers a plate above each row of gondolas, so riders can not see the machinery above. The media provider is not yet known. 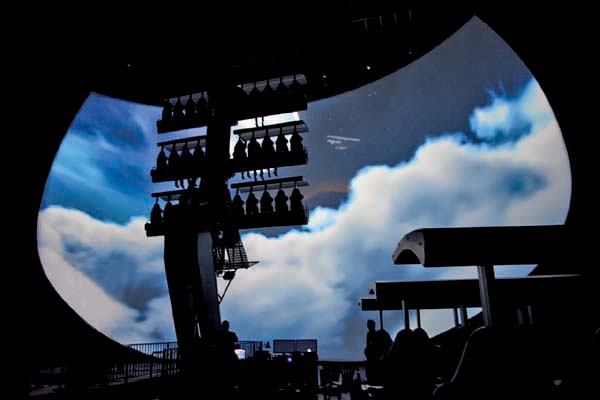 Pictured above: A rendering of Fly Over Taiwan (by Brogent Technologies and Vekoma) at E-DA World. Pictured below: Flying Over America (featuring a Huss motion base) at Window of the World in Shenzhen.

What is your top earning game?