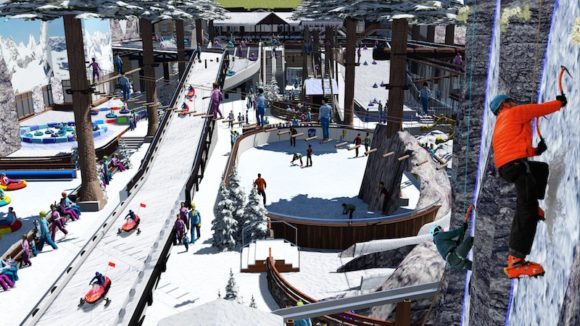 The first of a new generation of real snow and ice indoor amusement parks, Snow Park will later this year in Oman after years of research and development by the Dutch company Unlimited Snow.

According to Kees Albers, CEO at Unlimited Leisure (incorporating Unlimited Snow and TapeMyDay), there are between 50 and 60 “snow parks” in existence worldwide, but most are focused primarily on ski-ing. Snow Park Palm Mall in Muscat, which will open in October, promises to feature around 20 attractions and activities, many of them making their debut in such an environment.

Located on the third level of the mall (with an aquarium on the second floor), construction of the 7,000 square-metre project started in 2015. A themed Alpine village facade will give the facility a more inviting appearance to mall visitors, unlike the very sober signage FECs and other mall-based attractions are often forced to have. Meanwhile a family of Arctic animal characters has been designed to welcome guests. 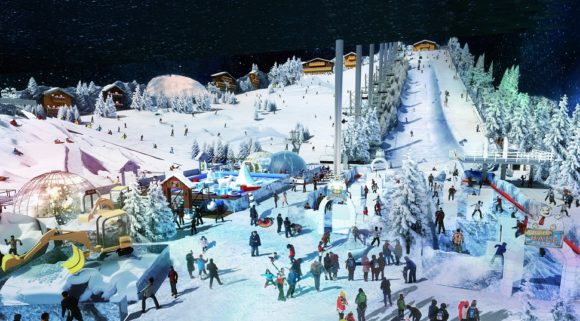 A signature attraction will be the large snow mobile track that will weave its way through a large area of the park, featuring special ride vehicles developed to accommodate kids. Other attractions will include snow mobiles, a snow carousel, snow diggers, snow slides, an ice climbing wall, 3D theatre and ice bar.
“Unlike other snow parks that are too cold,” you will actually be able to make snowballs because the temperature will be just above freezing,” says Albers.

Yet because it will be cold, guests are unlikely to want to wait longer than necessary between attractions, which is why a ride reservation system will be in use across the park. As they are compulsory, reservations will be free, but guests can pay for extra rides if they stay beyond the typical 2-hour stay (experiencing around four rides an hour). 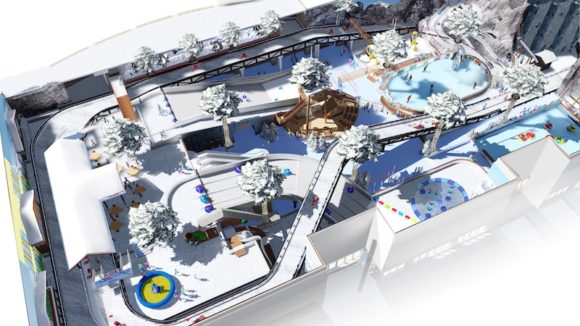 Provided by The Experience Ticket and using RFID wristbands, the ride reservation system will be integrated with Snow Park’s ticketing system, comprising a complete web-based suite of applications also including operations management, CRM, POS and HRM.

The wristbands will also be linked to the park’s video capture system from Unlimited Snow’s sister company TapeMyDay. Some 40 cameras will automatically track & trace, film, edit and upload personal or family visitor videos covering all 20 rides and attractions. Guests will have the option to opt out if they don’t want their images stored. 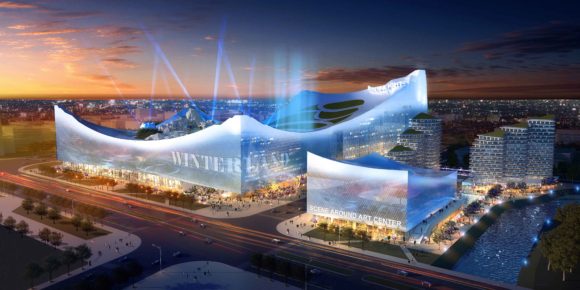 Coats, boots and socks will be provided to Snow Park visitors on arrival as, Albers notes, “a lot of people in the Middle East don’t even have socks”. Once they have exited the main attraction area, guests will have access to a special room to dry off.

This inaugural Snow Park (if it’s a hit Unlimited Leisure plans to open further outlets on a franchise basis), features several other innovations as the first of a new generation of snow and ice amusement parks. Apart from a new level of Alpine theming including real slow snowfall and one of a kind attractions it the prefab machine room not only produces cold, snow and ice but also has a fully automated meltwater recycling system providing a fresh layer of snow daily. 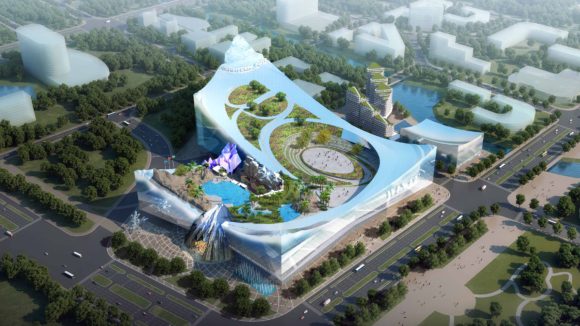 For many years, Unlimited Snow was looking for a way to provide snow park visitors with a video covering their entire stay. Unfortunately, no company could come up with a suitable and reliable technology. Unlimited Leisure took up the challenge and teamed up with GDO, a partner specialised in highly sophisticated vision systems for the very demanding automotive and medical industries.

Together they established TapeMyDay as the first company capable of automatically generating a film of the guest’s entire stay, highlighting all their favourite moments with a mix of recorded and stock footage to generate an irresistible and more value for money souvenir. This film is rendered in real time and easily shareable onto social media. TapeMyDay now also features PIM (printings in motion) video cards as a perfect merchandising match.